A lot of parents ask me about the HPV vaccine, “Isn’t that the optional one?” Well, let me walk you through why my answer to that question is a hard “no.”

Human papillomavirus (HPV) is a virus that causes warts and several types of cancer. There are over 200 different strains of HPV, some of which tend to cause warts on the hands, feet, or face. Other strains tend to cause genital warts, and several strains are known to cause cancer.

The first known HPV-related cancer was cervical cancer. About 12,000 women per year in the U.S. are diagnosed with cervical cancer. Treatments for cervical cancer include chemotherapy, radiation, and surgery, which can result in infertility. Pap smears are intended to detect pre-cancers and treat them before they progress, but even with this screening program, about 4,000 American women die from this disease every year.

Research has revealed that several other cancer types in both men and women have been associated with HPV infections as well — cancers that affect the head and neck, the penis, the vulva and vagina, and the anus. Combined, these different cancers affect about 42,000 people in the US every year (24,000 women and 18,000 men).

HPV is a very common virus, infecting 85 percent of women and 90 percent of men at some point in their lives. In fact, HPV is the most common sexually transmitted infection. Eighty million Americans are currently infected with this virus, and about 14 million more get infected each year. Approximately half of these new infections are with high-risk strains of HPV known to be associated with cancer.

The current HPV vaccine covers the nine strains most likely to cause cancer and genital warts. Several long-term studies have shown the HPV vaccine to be extremely effective in preventing infection with these strains of HPV.

Pain, redness, and swelling at the injection site are frequent. Syncope (fainting) is less common and is related to the needle stick, not the vaccine. More significant reactions are extremely rare.

Some parents are concerned about reports of death, Guillain-Barré syndrome, or premature ovarian failure that they have heard or read about online. Because all of these events are known to have other causes and happen to people who do not receive the HPV vaccine, it’s important to determine whether or not the reported cases had anything to do with the vaccine.

When we compare groups of people who receive the HPV vaccine to those who don’t, we find that all of these serious events happen at the same rate in vaccinated and unvaccinated groups, meaning that they almost certainly weren’t caused by the vaccine. The most likely explanation is that they simply happened to occur around the time a vaccine was given. After 100 million doses, there is no evidence that the HPV vaccine causes any of these severe complications.

Like other vaccines, the rate of serious complications from the HPV vaccine (like allergic reactions) is around 1 in a million — far less than the risk of dying from preventable cancer.

The HPV vaccine is part of the routine immunization schedule at 11-12 years of age, and it’s no less important than the other vaccines we give. While it can be given to anyone between 9 and 45 years of age, It is recommended at this age for a couple of reasons. First, the immune system responds better at this age, meaning that two shots can provide the same protection that would require three shots for older adolescents or adults. Second, vaccines work by preventing infections, so the earlier we give the vaccine, the more people we are able to protect. And while we hope that a child will wait several years before becoming sexually active, we also know this isn’t true in every case — and that some people become sexually active without their consent.

Some parents worry that protecting their children against HPV will make them more likely to engage in sexual activity. This has been studied, and it simply isn’t true. Just as seat belts and airbags don’t encourage risky driving, children who get the HPV vaccine don’t start having sex any earlier — they’re just less likely to get cancer once they do.

The HPV vaccine prevents cancer. It saves lives. It’s a vaccine for a disease that kills more American men and women yearly than all other vaccine-preventable diseases (except influenza). It’s something I’ve given — and will continue to give — to my own children.

So it may not be required by schools … but no, it’s no more optional than any of the other vaccines we recommend. And that’s why I bring it up at every single adolescent visit.

No politician has a realistic solution for health care 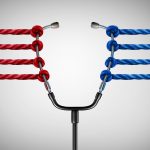 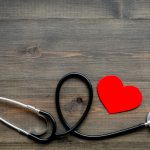