As the youngest member of a family of doctors, it was not uncommon during my childhood to spend summers at my father’s private practice. I fondly remember greeting the familiar office staff as I recklessly ran amok among an endless array of rickety cabinets containing an untold amount of aging, yellowed paper charts. My dad’s patients would tousle my hair like family and his partners would always leave an insurmountable supply of candy for my taking.

Years later, I found myself accompanying my father and his practice partners for lunch as they discussed the ebb and flow of running a medical practice. Beyond sharing complicated medical cases, conversation often revolved around the complex relationships with local medical practices and the independently-owned hospital that my father and his partners had been affiliated with for the past several decades.

By the time I entered medical school, I developed the fixed assumption that, like my father (and grandfather and great-grandfather), I would ultimately be co-running a small office practice, develop a large but manageable patient panel and become highly involved with a local hospital.

Around the same time health care reform became a central theme to major media outlets, enormous changes quickly presented themselves to my father’s workplace. The community hospital to which he was politically and financially bound was rebranded into a multi-institution hospital network. That same corporate system soon bought out his practice and ultimately became his employer. This all occurred in the matter of a few years.

I asked my dad why he didn’t resist these marked changes to his career. His response didn’t surprise me.

The daunting tasks of billing for multiple insurance networks and keeping up with proper medical coding for hundreds of diseases were becoming unbearably time-consuming and costly. Transitioning to electronic medical records and staying current on meaningful use and quality measures without managerial support was an increasing daily burden. Dictation companies were eating up his bottom line and documentation was eating up his time spent with his patients. He was tired of having to keep up with the business and politics of medicine, but he wasn’t ready to let go of his practice of medicine.

And so, at 62, my father started his first employed job since finishing his medical training.

Selling one’s practice to work as an employee, as my father has done, or being hired directly out of medical training, as I am likely to do, is not unique to this era of health care.

Physician-owned practices in 2012 accounted for about 50 percent of all working doctors in comparison to about 75 percent in the late 1980s. The number of physician-owned practices continues to precipitously decline, as the percentage of physicians who were practice owners in 2012 dropped almost 10 percent from the previous five years, according to the AMA 2012 Physician Practice Benchmark Survey. This movement away from physician ownership is expected to continue.

Larger political and economic incentives are certainly influencing these trends. The public national agenda for rapid care integration and coordination and the private agenda for reducing competition and increasing leverage through consolidation are likely to accelerate the move away from self-employment, particularly for emerging physicians.

How does the shift away from self-employment affect the new wave of practicing physicians?

I can only speculate that newly-trained doctors must learn to be more comfortable with managerial oversight from both the physician and non-physician executives. Skill-sets such as effective team building, employment contract negotiation and the ability to “manage up” are likely more relevant now than in prior generations, where self-employed physicians predominated.

Importantly, in an era where patients see an ever-increasing number of non-physician providers, it is likely that young doctors will require a much more conscious effort to maintain a sense of personal responsibility for the health and well-being of the patients they care for.

I truly believe that this era of health care is providing better care for our patients than ever before, and I couldn’t be more satisfied in having the opportunity to take part in it.

Yet it remains to be seen how the trend from the “physician-employer” to “employed physician” will impact my generation of newly licensed physicians.

Brian J. Secemsky is an internal medicine resident who blogs at the Huffington Post.  He can be reached on Twitter @BrianSecemskyMD and his self-titled site, Brian Secemsky MD.  This article originally appeared in LeadDoc.

Primary care: No system can replace human effort and commitment 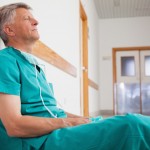 The rise of the employed physician: What it means to new doctors
10 comments