To me, Medicaid is Obamacare’s sleeping giant — the enabler of federal power and control over the health system. It is a far more powerful enabler than health exchanges, which have gotten most of the publicity. It surpasses the number of uninsured and underinsured that the exchanges have enrolled.

In the next year, four million more Americans will joing Medicaid’s rolls. It already covers one third of America’s uninsured. Under Obamacare, it now covers anybody earning up to a third more than the poverty level, about $15,000 a year. Medicaid spending will double from $450 million in 2013 to $919 billion in 2023. Medicaid now covers 68 million people, surpassing the 53 million in Medicare.
In ten years, according to the Congressional Business Office, Medicaid will cover 93 million people, one in four Americans. The federal government will pay !00 percent of newly eligible Medicaid recipient’s cost through 2016, 90 percent thereafter.

For this and other reasons, including a stagnant economy with no wage growth and rising unaffordable premiums, deductibles, and co-payments for many, many of those in the middle class are joining the Medicaid ranks.

What’s not to like? You get federal handouts for free. Sure, the rest of us will have to pay higher taxes and endure higher costs, but what heck, if you need care you can now get it for free.

But can you? Only 30 percent of doctors now accept Medicaid patients, and their numbers are growing. There’s a shortage of at least 50,000 primary care doctors, and the federal government says it needs to recruit 28,000 of them for the VA. There are too many Medicaid and VA recipients chasing too few doctors.

What good is coverage without medical doctors or other providers to offer the care? And what are doctors to do if they cannot maintain their practices at Medicaid rates, which has 20 percent lower than private care rates? And what if the hospitals or states cannot afford the facilities and providers needed to care for the tsunami of new Medicaid beneficiaries? And what are these recipients to do in those 27 states that have opted out of Medicaid expansion?

The sleeping giant has an enormous. insatiable appetite. Its eye is sometimes bigger than its belly. Sometimes, as Ronald Reagan said, “Government is like a big baby — an alimentary canal with a big appetite at one end and no responsibility at the other.” 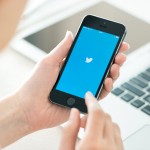