What happens when the federal government and the states have split responsibilities for caring for Medicaid beneficiaries?

Not much, other than casting blame on one another or on doctors for not providing the care.

Buried on page 26 of the front section of a recent New York Times is a story about Medicaid patients not finding doctors or having to traveling long distances to find one. It says a federal inquiry finds access rules vary and are rarely enforced.

To the Times, this may not be a front page story, but for poor patients who signed up for Medicaid with high hopes and the implied promise of finding subsidized care for neighborhood doctors for neglected obstetric, primary, and specialty care, it is a big story.

Lack of doctors for Medicaid patients raises the question: What good is federally subsidized care if no doctor exists to provide it? The answer is not a simple care or no-care matter. Medicaid patients can still go to hospital emergency rooms or community clinics, both of which are legally obligated to treat them. And they may be able to seek out a nurse practitioner or other health professional.

These steps, however, fall short of the implied promise of Obamacare to provide first-rate, convenient, private doctor access. The futile hunt for a doctor who will accept them brings up another question: Why do one third to one half of physicians, depending on which region and state of the country in which they practice, not accept Medicaid patients?

The answer to these questions varies from low Medicaid reimbursements, to onerous Medicaid bureaucratic regulations, to a general disdain for Obamacare by about two-thirds of American physicians.

These are tough measures to implement in light of mounting national and state budget deficits, increasing political resistance to big government and big brother policies, and in a democratic nation where physicians are still free to practice where they please and to accept patients whom they want to accept.  But something needs to be done.  In the near future,  one of four Americans will be on some form of Medicaid assistance.

The inspector general of the United States, Daniel Levinson, says federal Medicaid officials should require states to develop standards for physician access in addition to standards for urban and rural areas and for state officials to call doctors’ offices to check whether they are taking new Medicaid patients.

These policies may not do much good if physician shortages in places where Medicaid recipients live and work continue to grow.

Do you want a culturally competent practice? Here are 15 tips. 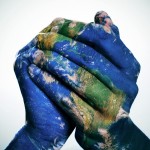 What good is Medicaid if no doctor exists to provide it?
25 comments