I sometimes wonder what I would do if I was told I had cancer. How much would I subject myself to in order to survive, or to achieve remission? As a parent, I can answer only that I would likely go through hell and back if it meant being there for my kids — to watch them grow up, graduate high school, and then college, and to see them grow into adults. They would be my impetus to proceed with primary treatment, and yes, I would do just about anything to increase my odds of remaining disease-free, for as long as possible.

But then, what if it recurred? What if I was the one being told, “It’s not curable now; while you are probably going to die of this disease, with treatment, I hope we can prolong your life with quality, so you can be with your family.” What lengths would I go to survive? Before children, while in medical school actually, I used to say, “If I got cancer, I’d take the treatments — once. Only once. If it came back, then I’d let nature take its course.” But, I wonder if my kids would be enough of a reason to proceed with treatment. Would I subject myself to therapy knowing that one day, I will die of this disease?

As an oncologist, I have hope that cancer will not be as fatal as it is today; indeed, we are at a point where patients are living for far longer than once anticipated — and some are dying of causes other than their cancer. I believe it will be possible to live, despite cancer. Yet, even as we seek to turn cancer into a chronic disease (if not curable), I am equally cognizant that none of our treatments are entirely benign — all have side effects which range from mild to severe, and for some of our patients, these toxicities can render their lives not worth living.

Ultimately, I think the hardest part of facing cancer (especially advanced or metastatic disease) is that I cannot foresee the future. All I have are statistics — proportions of patients who were alive at six months with such and so treatment, rates of disease-free survival at three years, or overall survival at five. These are nothing more than numbers to the person sitting next to me — to them, they are not precise, individualized, and hence, not helpful.

I began to think about these issues again after recalling a couple of patients I had treated. Both had relapses of their cancers after several years of remission, and in both women, metastases involved multiple organs. I had similar conversations with them — emphasizing treatment to prolong life, though not cure, yet not so toxic as to detract from their still-excellent quality of life. I had made recommendations on treatment, and both had asked for some time to think about it.

One of these patients returned in follow-up and agreed to proceed with treatment. “I talked to my kids, and even to my grandkids. They are so precious to me. I can’t just give up and die. I heard you when you say you can’t cure me, but if you can give me just a little longer time than I would have otherwise, let’s do it.” Given that she had only received chemotherapy once before, I had hoped her tumors would remain sensitive to chemotherapy and that an excellent response awaited her with the combination regimen I had recommended. We talked of side effects, and she seemed comfortable proceeding, prioritizing life measured in time as more important than the “nuisances” of chemotherapy. After three cycles, her tumors regressed and her serum tumor markers normalized. After six cycles, I deemed her to be in clinical remission. She had lost her hair, had bouts of profound fatigue, and developed a persistent dry cough, yet, despite the symptoms, she was thrilled to be in remission.

My other patient missed her initial follow-up appointment. I had thought it was because she had sought a second opinion and was receiving treatment elsewhere. However, a few weeks later, she came back to see me. “I thought about what you said, and I thought about your recommendations. I needed time to think things over — what’s important to me, what I can and cannot live with. I think I’ll pass on treatment. If I am going to die of this, I don’t want to prolong things and, I’ve decided, if I die, I want to die as me.”

I knew that hers was not a decision undertaken lightly — that she had taken time to process the pros and cons of treatment, against the backdrop of a chronic and very likely fatal diagnosis. Still, I thought about the others too — what about her children, her husband? Her mom was still alive too — what about her? Shouldn’t she consider their wishes too?

“What does your family think?” I asked.

“Well, they think I’m crazy. They want me to go through treatment because, obviously, they don’t want me to die.” She stated. “The thing is, though, as much as this cancer sucks, chemotherapy sucks even more. I hated being sick, not being able to garden, or go out with friends. I hated the nausea, vomiting, the metal taste. I promised myself after the last treatments that I would rather die than go through even a fraction of that. And that’s what I intend to do.”

I tried to change her mind — told her of the myriad options we could attempt. But, in the end, I could not promise her a cure, and without that promise, she preferred to live, and to die, on her own terms. We discussed advance care planning, and I provided her with a medical orders for life-sustaining treatment form to take home with her — just in case. She had begun advance care planning locally, and we agreed that a palliative care referral would be useful, especially for her family.

Two women, two different paths after being told they had advanced cancer. I see both of their points, and respect both of their decisions. One was motivated to proceed with therapy by her family; the other chose her own path, despite the wishes of hers. In the end, though, the decisions made were theirs to own, and they reflect why I think the bravest people I have ever met are those living with cancer. I am still unsure of which path I would take were the proverbial shoe to be on my foot; but, I hope I would have the fortitude to do it my way. 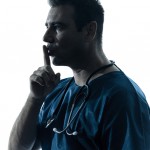