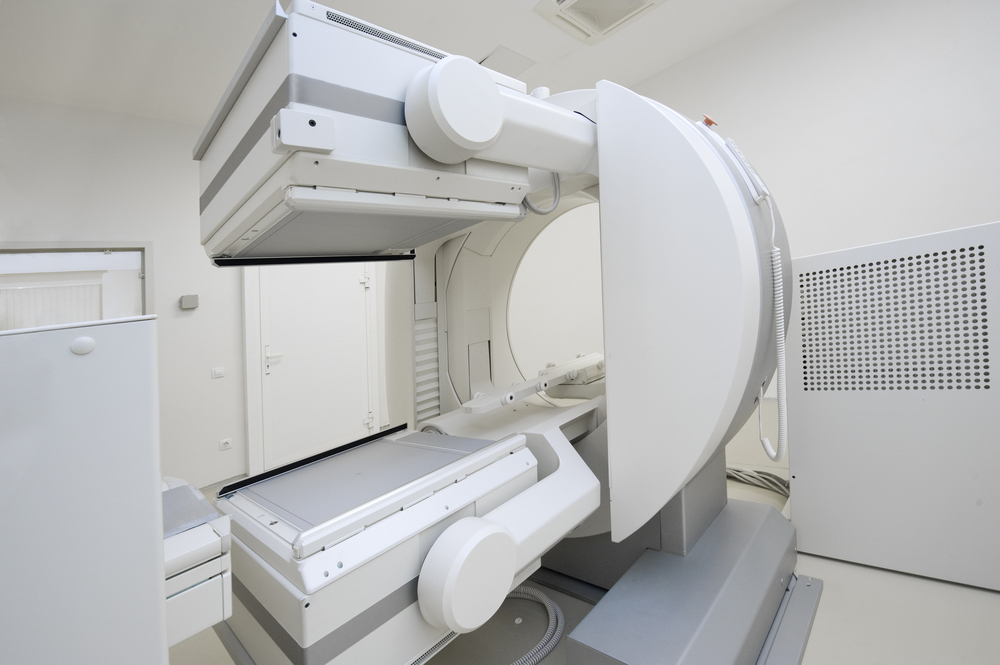 Today’s article follows the money trail to expose a different form of bias: the kind that takes place when doctors own their own diagnostic and therapeutic equipment.

For people living with cancer, this kind of bias can have a particularly painful impact.

In the United States, cancer is the second most common cause of death, killing nearly 600,000 Americans each year.

It is also one of the most expensive sectors of U.S. medicine. The annual price tag for cancer treatment is projected to reach $173 billion by 2020, according to the New England Journal of Medicine.

Over the years, radiation therapy has not been immune to cost inflation.

In most cases, the cost of this therapy is influenced by two things: (a) the radiation therapy machine and (b) the length of treatment.

The treating physician determines both. And when that physician has a financial investment in the equipment he or she uses, it’s money — as often as science — that often motivates treatment decisions.

Let’s get one thing straight

Most doctors are mission-driven people who strive to do what’s best for their patients. Those who train for years to help people wouldn’t knowingly compromise a patient’s well-being for financial gain.

But when doctors and hospitals make large capital investments in their own medical equipment, even well-meaning professionals tend to favor approaches that benefit their bottom line.

This ethical grey area sparked the passage of Stark Laws, federal legislation that prohibits physicians from making referrals when there’s a conflicting financial relationship in play.

However, these prohibitions don’t apply to all health services. In fact, they exempt doctors who provide health services in their own offices. Why? Legislators viewed onsite access to diagnostic and therapeutic technologies as an added convenience for patients.

Today, compelling evidence suggests physicians who own and use their own equipment generate more personal income without necessarily improving the quality of medical outcomes. Not in every case, but enough to cause legitimate concern among people living with cancer.

For patients whose cancer has spread (or “metastasized”) to the bone, the pain can be excruciating. While no treatments offer a cure, there are two palliative radiotherapy options that help ease the pain.

The traditional approach is to treat bone metastases with radiation, delivering a limited dose each time over 10 days.

The thinking goes that “fractionating” the total dose into smaller parts helps minimize damage to surrounding tissues. This is important in some clinical situations, particularly when treating cancers of the head, neck or abdominal areas.

But a newer option involves using a higher dose in a single treatment. According to an oncology group trial, the shorter approach offered the same amount of pain relief as the longer treatment for some bone metastases.

And with fewer radiation sessions, overall costs for the single treatment are significantly lower.

When you compare the two, it seems like a no-brainer. Who wouldn’t want a shorter treatment schedule and faster pain relief? One would hope every radiation therapist would embrace this approach.

Unfortunately, that’s not the case.

That’s because many private-practice doctors are reimbursed by the number of therapy sessions they provide. This “fee-for-service” payment model means doctors often choose longer courses of treatment over shorter ones.

For example, a recent study comprised largely of private practitioners with financial investments in their own equipment shows that up to 96% of patients receive the longer course of care — even when they’re eligible for single course radiation therapy for prostate cancer that has spread to the bone.

Compare that to group medical practices where reimbursements aren’t based on a fee-for-service model. In these settings, 76% of doctors report using single fraction radiation for cancer that has spread to the bone.

Advances in engineering and computer delivery systems offer a glimmer of hope that radiation therapy can be delivered in cheaper, faster and more precise ways in the near future.

And use of these newer technologies in the right clinical situations can deliver superior results while reducing costs.

For example, patients whose cancer had spread to some areas of the brain obtained better clinical outcomes when treated with newer machines compared to traditional treatments.

A number of recent clinical trials in the United States, Canada and England highlight the effectiveness and potential cost savings of these newer radiation treatment paradigms.

Some men with low-risk prostate cancer can receive non-invasive radiation beam treatments in just five days vs. 35 or more treatments delivered over seven weeks. The clinical outcomes are not only just as good, but also $7,000 less.

Translating these opportunities into common practice will be slow as long as physicians have incentives to use of the machines they already own.

Until we can eliminate the bias of physicians who own their equipment, we won’t deliver the highest quality in the most cost effective ways to patients.

As Upton Sinclair famously wrote, “It is difficult to get a man to understand something when his salary depends on his not understanding it.”