One of my main interests in primary care is providing care to all people, regardless of their income or ability to pay. In my limited experience with health care, I have found it most rewarding to work with the underserved and underprivileged, those who do not have their own money available to allocate to health care. These patients are on Medicaid or are at the mercy of free clinics. This is why I have always had a poor opinion of concierge medicine. In this model, patients pay an annual fee or a retainer to their primary doctor in exchange for their medical care, and they may incur additional charges for labs or when their care exceeds the retainer. This is care for people who can pay for it.

The first time I heard of direct primary care, I thought it sounded like concierge medicine disguised by a friendlier-sounding name. I attended the Direct Primary Care Summit in Washington, D.C., in June with the hope that I was wrong.

Two major themes prevailed at the summit: money and physician happiness. It’s not a bad thing that physicians want to keep more of the money they charge for care rather than spend it on the overhead associated with billing and coding. Who doesn’t want more money? Wanting to be happy at work, regardless of your profession, isn’t a bad thing either. Increasing physician happiness could be an effective way to improve patient outcomes.

I am not yet a practicing physician, and money and happiness are not obstacles I battle daily, but a few aspects of direct primary care started to concern me. Although I will concede that there are many differences between direct primary care and concierge medicine, there are still many similarities, some of which, in my opinion, are the most negative aspects of concierge medicine.

First, though direct primary care fees are drastically lower than those associated with concierge medicine, they are still relatively high. A common monthly price that I’ve heard is about $100. Although $100 per month may be nothing to many people, to those who struggle most to access health care, particularly those with the greatest medical needs, $100 is a lot. As a student who spends about $155 a month on insurance, I would be hard-pressed to spend an additional $100 for direct primary care. In addition, I would have to continue to pay for my insurance because of my next concern.

It’s not comprehensive care. I can’t go to my primary care doctor for emergency care. If a car hits me, I will want to be at the emergency department and not my physician’s office.

Many direct primary care supporters would argue that I could purchase the lowest-priced, highest-deductible insurance plan and use the money I save on insurance to pay for direct primary care. But insured people who are not quite poor enough for Medicaid, or who live in states that did not expand Medicaid, are already buying the cheapest possible insurance plan because that’s all they can afford, and those “savings” are going to their daily living expenses. They will continue to avoid going to the doctor because they cannot afford any more out-of-pocket costs, whether in the form of a deductible or a direct primary care subscription.

Finally, direct primary care shrinks patient panels. I imagine, to many physicians, this is a good thing. Fewer patients equal less burnout, which equals a happier physician, which equals better patient outcomes. It does sound great, except we are already in the midst of a physician shortage.

Some physicians at the conference talked about cutting their patient populations to a quarter of the original size. If all physicians downsize, what happens to the new excess of patients? We already have a population of patients who aren’t being treated because they can’t afford it or they live in areas where doctors are scarce. If direct primary care becomes the national gold standard of practice, don’t we exacerbate both of these problems?

I am not a public policy expert. However, I brought up these concerns to family medicine physicians at both the summit and my school, and no answer was given, though some said my questions are valid and need to be addressed.

Despite these concerns, I believe there are good aspects of direct primary care. At its core, the goal is to increase physician and patient satisfaction. However, there must be some way to accomplish this goal without creating such an exclusionary system. Direct primary care may or may not be an answer to the current U.S. health care crisis, but many of its principles, such as better technology use, could be utilized in the creation of a better health care system.

Brett Clark is a medical student who blogs at Primary Care Progress. 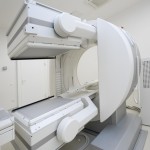 A physician remembers his first patient of the new millenium