While it is certainly nice to see an article reaching the main stream media concerning doctors’ concerns with the MOC program, the issue with the MOC debate is not that doctors are upset.  The real issue is that doctors have been enslaved by special interests and crony capitalism to complete a MOC process that robs patients of more time with their doctors so that regulators and payers can enrich themselves.

One only has to see how certain aspects of the Journal article were highlighted to see how Ms. Beck framed the debate toward business interests.  For instance, she quoted Ms. Lois Nora, president of American Board of Medial Specialties who said: “Many practicing physicians have not had formal courses in patient safety or quality improvment.”

I wonder if Ms. Beck or Ms. Nora have ever heard of the Hippocratic Oath? Doctors spend their entire careers (not to mention many sleepless nights) worrying about their patients’ safety and care. Their livelihoods depend on it!

Yet there is never a moment of serious reflection regarding the sweeping hubris of Ms. Nora’s statement. As spokesperson for the American Board of Medical Specialties, Ms. Nora suggests that without oversight, doctors are lax, uninterested in research or updating their techniques, inattendant to patient safety and unwilling to update their skills.  Instead, the ABMS welcomes the tripling of patient volumes, the cameo roles that doctors are increasingly asked to play in patient care, the refocusing of one third to one half of every patient visit staring into an electronic medical record so the ABMS can watch for flinches in quality of care.  The overseer who allowed this untenable health care scenario to transpire is effectively positioning themselves to patients that they are their last best hope.

Ms. Beck’s piece also ignored the existing CME requirements that physicians already must perform each year to remain licensed and the value of such truly voluntary learning.  Instead, Ms. Beck chose to highlight a quote from Richard Armstrong, MD — a board certified surgeon clearly without formal media training — who said:  “No one wants to come out and say we’re against quality, but most physicians find these modules to be cumbersome and, frankly, a joke.”

When doctors are quoted calling any quality process “a joke,” it really doesn’t matter what the doctor actually said, for few will take him seriously.  Let’s be clear: The MOC process is not a joke, it’s more like the twisted controlling strategy of the Hunger Games.

Ms. Beck also ignored that some MOC requirements now involve enrolling patients into study groups without their consent, doing the study and then reporting the data back to the boards. According to one doctor, “There are nearly 400 research projects being done on children through part 4 of the ABMS MOC program. Not only is performing research on children without consent immoral, it is costly in both time and money for the patient.”  Isn’t this consideration important for patients?

Finally, Ms. Beck’s article ends with the ABMS’s claim that “500,000 of the more than 800,000 board-certified physicians have enrolled in MOC programs to date” implying that the majority of doctors support the program.  Yet this statistic completely ignores the fact that doctors had no choice but to sign up for MOC despite their better judgement. As Ms. Beck hesitantly acknowledges in her article, this unproven physician metric is now increasingly tied to measures of physician “quality,” hospital privileges, legal standing in court, and insurance panels.  This unproven MOC program that was created by a self-appointed, private organization that is completely unaccountable to the public has also been indelibly etched into our new health care law.

No, it’s better not to mention these unethical and extortionary tactics by the ABMS that threaten patient care. 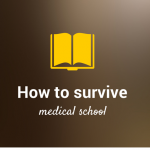 Why Republicans should worry about the Halbig ruling

Mainstream media highlights the MOC debate: What did they get wrong?
6 comments