There’s a war being waged on one of America’s most revered institutions, the emergency room. The ER, or emergency department (ED for the sake of this post) has been the subject of at least a dozen prime-time TV shows.

What’s not to love about a place where both Doogie Houser and George Clooney worked?

Every new parent in the world knows three different ways to get to the closest ED. It’s the place we all know we can go, no matter what, when we are feeling our worst. And yet, we’re not supposed to go there. Unless we are. But you know, don’t really go.

Somehow, we’ve turned the ED into this sacrosanct place where arriving by ambulance is OK, and all others are deemed worthy based on their insurance rather than acuity. If you think I’m wrong, ask any ED director if they want to lose 25% of their Blue Cross Blue Shield volume.

But its true. I hear ED physicians openly express disappointment in people who came into the ED and shouldn’t have.

It’s just a stomach bug, you shouldn’t be here for this. Or, it’s not my job to fill your prescriptions.

The emergency department is a fairly modern invention. The first EDs were born of two separate, though similar, aims. At Johns Hopkins, the ED began as the accident room, place where physicians could assess and treat — wait for it  — minor accidents.

Today, billing for emergency department visits is done on the E&M levels where level 1 is the least acute (think removing a splinter) and level 6 is traumatic life saving measures requiring hospitalization (think very bad car wreck). Most EDs, and CMS auditors, look for a bell curve distribution, which means there are more level 3 and 4 incidents than most others. While coding is unfortunately subjective, solid examples of level 3 visits include stomach bugs requiring IV fluids, a cut requiring stitches, and treatment of a migraine headache.

There, I said it.

The ED is convenient, it’s open 24 hours, it does not require an appointment. So when the stomach bug or kitchen accident gets the best of you at 9:00 p.m., and your doctor’s office is closed, where are you going to go? And, yet, we still chide people  — via reporting, casual comments and the communication of health systems — for using the ED for “non-emergent” needs.

Who determines what is emergent? But I digress.

What I’d like to see is more hospitals flinging open the doors of their EDs and saying, “We’ll take you, any time, for any reason, and you won’t wait long or pay an arm and a leg.”

Sure, we need to acknowledge that the ED is probably not the best place for primary care. But, whats a body supposed to do when their primary care office has a 3-day wait and is closed at 9 p.m.? Tackle that system problem, and I’ll sing a different tune.

A few years ago, while working for a large hospital, I was part of a team exploring an expansion into urgent care. Urgent care, as the name implies, is like emergency care, only less emergent and more urgent. We wanted to offload some of the lower acuity visits from the ED, but didn’t want to lose the volume.

Urgent care made sense. So where do we put it? Well, on the campus of the hospital was ideal, it had the benefit of being able to turf people out one door, across the parking lot and into the urgent care. But that required new or repurposed space, which is expensive.

What, in fact, made the most sense was to make the urgent care part of the ED itself. In other words, have a bargain sale isle in the ED. You do that by staffing differently, ordering fewer tests, and generally charging less. Which is where the conversations ended.

But, I still think that’s a viable solution. Rather than continuing to wage war on the poor ED, we need to build EDs which are capable and cost effective at caring for every need which walks in the door. That includes being timely, compassionate, participatory, and affordable.

It requires being connected via EMR to primary care offices.

And, above all, it means listening to the desires of communities who have a need for the 24-hour, walk in care option.

Nick Dawson is principal, better.  He blogs at NickDawson.net, where this article originally appeared.

What is the source of deteriorating patient care?

Nike abandons the FuelBand: What does this mean for wearables? 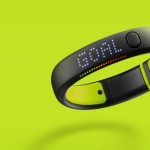 Stop the war being waged in the emergency department
18 comments