The continued implementation of the Affordable Care Act (ACA) in 2014 will be as controversial as in previous years.

1. The individual mandate.  By what right does the federal government “force” its citizens to buy a product they may not want? The Supreme Court upheld the mandate in 2012, but that does not end the matter. Partly — perhaps largely — because the ACA sets low penalties for noncompliance, some consumers will find that the cost of coverage exceeds that of paying the penalty. The adverse selection issue is a lively concern. If the older, sicker people who need coverage most enter the market but younger, healthier ones decline to do so, the insurance pool will be unbalanced and the costs of coverage will rise correspondingly. Which kinds of marketing appeals work best?

2. Medicaid. In 2012, the Supreme Court struck down the ACA’s requirement that the 50 states expand Medicaid coverage to include nearly all individuals with incomes at or below 138 percent of the federal poverty level. The financial terms the federal government offered were believed generous, but more than 20 states have refused.  Almost all the states in question argue against accepting the expansion on ideological grounds but have come under heavy pressure to reconsider. The expansion money is not only close to “free,” but can also stimulate positive economic activity. And, of course, rejecting the expansion leaves the traditional inequities intact. Optimists assume that in time most, if not all, the states will comply. Pessimists contend that declining popular support for the ACA will deter expansion in the resistant states.

3. Exchanges. The problematic rollout of the insurance exchanges may have seriously undermined the legitimacy of the reform. In part, the problem lies in federal underestimation of the scope, complexity, and unfamiliarity of the IT tasks. Beyond the technocratic dimensions, however, lie further problems. One is the reaction of several million insurance policy holders who found that their plans were cancelled and who protested that they had been repeatedly assured by President Obama that the ACA in no way prevented people who liked their health plans from keeping them. Lack of ease of entry into the exchanges aggravated the reaction. On top of these problems lies another: whether the income-related subsidies will prove to be large enough in some cases to permit the purchase of federally qualified plans.

4. Insurance regulations. In principle, the ACA proscribes most forms of preferred risk selection. How well these proscriptions work will depend on the capacity and commitment to enforcement of state insurance regulators. Meanwhile, the new rules entail cross-subsidies (“redistribution”) that is raising premiums for some of the already insured better risks. Although it is hard to disentangle the effects of the ACA from other premium-increasing forces in “normal” insurance markets, critics insist that the law now “owns” these increases. A related source of aggravation is the attempt by some insurers to manage costs by, in essence, using the ACA to achieve the selective contracting that proved to be unpopular in previous managed care efforts.

5. Cost. The ACA’s cost containment initiatives, crafted to be both substantively plausible and politically acceptable, arrive amid sharply declining growth in health spending. Consequently, enforcing the ACA’s cost-related provisions may not be easy. Medical device manufacturers seek repeal of a tax which, they contend, discourages innovation. Hospitals are upset about penalties for “excessive” readmissions. Conservatives continue to blast the Medicare payment review board as an exercise in rationing by unaccountable bureaucrats. The remit of the Patient-Centered Outcomes Research Institute is shot through with limitations on its work. The ability of accountable care organizations (ACOs) to deliver on their promise is in question. And whether Congresses between now and 2018 will hang tough on the ACA’s efforts to discourage “Cadillac” coverage is unclear.

5 ways to bridge the communications gap with doctors 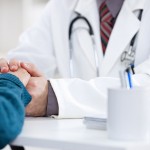