I would like to explain why Michael Kirsch’s article, “Why the ER admits too many patients,” is wrong, in all the myriad ways, in his contention that emergency physicians (EPs) admit too many patients because of improper motivations. Note that I am not going to argue that EPs don’t admit too many patients — that’s a legitimate discussion to have and there may be some merit to the case — though the pendulum is clearly swinging against the trend of excess admissions.

Dr. Kirsch alleges that EPs admit patients who do not have a need for inpatient care for the following reasons:

The third point, I will agree, has some merit, so we will leave that alone. The first two, however, are profoundly ignorant to the realities of the actual practice and economics of acute hospital medicine (from all perspectives: those of the EP, the hospitalists who do the admitting, and the hospitals themselves).

First of all, remember that a substantial majority of EPs are not employed by the hospital, and receive their sole reimbursement from the patient’s insurer, for the professional service bill. This means that whether I admit the patient or send them home, presuming that I did some sort of work-up and considered complex data and potentially risky diagnoses, I’ve got a level 5 chart on my hands. Nothing more is to be gained for the physician if the patient is admitted. Not. One. Penny.

In fact, admitting the patient will likely decrease my net productivity and thereby, compensation, and certainly generates more work and makes my job a ton harder. Bear in mind that Dr. Kirsch stipulated that we are talking about patients who do not meet inpatient criteria.

So if I want to get this borderline patient admitted, I have to get a skeptical hospitalist to agree to accept the admission. They know full well when I’m slinging them a line of BS, and if I try to elide the truth to get the patient admitted, my credibility with them the next time I try to admit a borderline patient is shot. So I need to be honest that it’s a BS admission: whether it’s a social admit, or an observation admit, or someone who just doesn’t look right. Hospitalists are under extreme pressure from hospitals not to admit patients like this (more on that in a moment) and they also tend to be overworked and disinclined to admit another patient if the patient doesn’t need it. So most hospitalists are going to try to block this admit, or make me do some extra work to try to get the patient home, or if nothing else subject me to a withering cross-examination that takes away from time I could be using to see another patient and making more money.

Then, let’s say I get the patient admitted. Great. I win, right?  Well, if I work in some sort of utopian ER where admitted patients go directly to the floor and become someone else’s problem, yes. In the real world, unfortunately, admitted patients tend to board in the ER for many hours, sometimes many hours, often on hallway gurneys. So this admitted patient, who could have gone home, is now going to squat in one of my beds for hours, congesting the ER, consuming nursing resources and preventing me from seeing patients languishing in the waiting room. To be clear: Excessive admissions, as an EP, cost me money.

Now what about the hospitals? Are they going to be pressuring EPs to admit more, or even, as Dr. Kirsch hints, improperly financially incentivizing admissions?

Again, to even suggest such a thing reveals a disconnect from reality that only a specialist who hasn’t practiced acute care medicine in a decade could possess.

See, Medicare decided some years ago that inpatient care was costing too damn much. So they decided that they were going to get really aggressive about reviewing admitted cases, and then, retrospectively, denying payment for patients who were incorrectly admitted as inpatients when only observation care was indicated. Observation care reimburses the hospital only about one-sixth the amount that inpatient care does. They’ve gone through some contortions to try to clarify what they mean, including redefining the criteria for inpatient care and issuing the infamous two-midnight rule. So rather than pressuring EPs to admit more, the hospital administrators and utilization review folks have become intensely focused on reducing preventable admissions, and correctly categorizing observation admits as such. Hospitalists are generally the most sensitive to the hospital’s concerns on this front and tend to act as a first line of defense in trying to keep the marginal admits out of the hospital.

Then you consider RAC audits. These bounty-hunting contractors are empowered to examine hospital records and retroactively recoup improper payments years after the fact. This year, RAC audits are expected to result in hospitals having to return over $3 billion to the government. Oh, and hospitals face penalties for readmitting patients to the hospital within 30 days. Oh yeah, and medicare general medical admits generally have a flat to negative contribution to the hospital’s profit margin.

So, um, no, hospitals are hardly pressuring EPs to admit to keep the wards full.

Finally, the real evidence why Dr. Kirsch is wrong is the ignorance of the real revolution in ED care over the recent years: The proliferation of new treatments and decision-making tools which have allowed EPs to treat formerly admitted patients as outpatients. Consider just a few that occur to me off the top of my head:

The truth is that EPs are treating more and more people with formerly inpatient diagnoses as outpatients and saving the health care system countless dollars.

3 words that every doctor dreads: They changed this physician forever 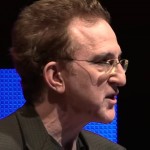 The truth about admissions from the emergency department
1 comments