Pamela Wible, MD, a family physician who is an expert in physician suicide prevention, recently asked other physicians why so many in the profession kill themselves. The answers were plentiful, tragic and not at all surprising.

One physician confessed to having post-traumatic stress disorder after medical school. Another cited constant sleep deprivation. Yet another mentioned the combination of a crushing workload, a difficult boss and payers who are more worried about the bottom line than patient outcomes. That’s just a sample.

More than 300 physicians commit suicide every year: That’s a higher rate than the national average. Burnout and mental illness have garnered attention both in the mainstream media and medical journals and threaten to exacerbate a growing primary care physician shortage. But despite widespread recognition of this very real problem, a stigma remains among physicians. Thus, many physicians remain reluctant to seek needed care because they think they should be impervious to perceived weakness. However, we cannot properly care for our patients if we have problems that impede our ability to do so.

This is my story of mental illness, and I hope it can help others with similar health issues.

I began having problems with anxiety when I was in high school. It mostly involved social interactions, and I would get nauseated and sometimes have diarrhea. It usually only lasted a short time, and I could overcome it well enough to function. I didn’t recognize any depression during this time, but the anxiety — combined with the natural angst of adolescence — may have covered up some signs of illness.

At age 19, I served as part of a church-based mission to Ukraine. My GI symptoms worsened during this time, but I didn’t recognize it as anxiety or depression. I was convinced I had parasites or another infectious process (neither of which is uncommon among Westerners living or traveling in the former Soviet republics). I struggled through it without much medical intervention until I returned home two years later.

My symptoms persisted, especially as I began my pre-medical studies. I saw an internist about my complaints, and he was convinced that I had giardiasis. I had several negative stool tests, however, and eventually I was told I would just have to learn to live with it.

After getting married and dealing with the increasing financial struggles of a young couple going to school, I ended up having a full-blown panic attack while I was working a night shift at a group home for the mentally ill. This experience, combined with the growing understanding of mental illness I gained while working in that setting, helped me to recognize my problem for what it was: I had generalized anxiety disorder.

I was nervous all the time — about life, about money, about getting into medical school. I couldn’t control it. I lost sleep sometimes and significantly overslept at other times. I didn’t eat much. My GI symptoms persisted, and I began to realize them as irritable bowel syndrome secondary to my anxiety.

I saw the student wellness physician, who started me on Prozac. The first month was terrible because of the side effects, but I stuck with it, and the medication began to help. I was more productive and felt better than I had in years.

After being accepted into medical school, I thought my anxieties were behind me, so I tapered off of the medication. That was a mistake.

My symptoms returned, and I tried to fight through them. Despite the staunch independence that prevails throughout the medical culture, I eventually realized I couldn’t deal with this on my own. Psychiatric services were provided to medical students, so I started seeing a psychiatrist, who put me on Lexapro.

It didn’t work quite as well as Prozac, but the side effects were less significant, so I stuck with it. For a short time, I also was on clonazepam, but I found that depressed me too much. I started seeing a counselor. I had seen one during my undergrad years but had found it dissatisfying because I didn’t think my problems were legitimized by the therapist. I had a slightly better experience this time around, but still found it difficult to connect with the therapist and believe that she really understood what I was going through.

I am still on Lexapro today, and it works fairly well. I go through peaks and valleys with my symptoms, and I have had some depression in the years since I started residency. I have tried another therapist but still find it hard to connect and let that person in fully.

Thankfully, I can talk about my issues with my wife. As physicians, we have a higher divorce rate than the national average and a higher rate of unhappy relationships, even if we don’t divorce. This underscores the importance of being able to share our feelings with someone we trust, no matter who it is, and of seeking counseling when needed. Now I am giving therapy another shot to help me better manage my symptoms.

Fortunately, I have never considered suicide, or even leaving the medical profession. Despite my illness, I still find hope and value in working with my patients and focusing on their needs.

Being a physician is hard. We all know the pitfalls and frustrations of the profession. The harsh reality is that physicians commit suicide more often and have more problems with substance abuse than the rest of the population.

Physicians avoid seeking help for many reasons, not least of which is concern about losing their job or practice. But it’s critically important to recognize the problems when they exist and seek help. We are much more likely to cause harm to others and ourselves when we avoid getting help.

The stigma is sometimes difficult to overcome, but seeking proper services not only helps us, it helps our families, our friends and our patients.

I know I’m repeating myself, but I can’t say it enough: Please don’t hesitate to seek assistance when you need it.

Kyle Bradford Jones is a family physician and can be reached on Twitter @kbjones11.  This article originally appeared the AAFP’s Fresh Perspectives.

When should we test for celiac disease? 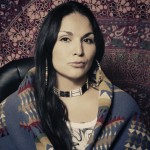