Increasingly, cancer care is becoming more evidence-based and personalized. But there are still a lot of areas where we need to question the conventional wisdom. How much of what we learned during training is based upon evidence versus anecdote and assumption?

When I finished medical school, internship was challenging but very rewarding. It helped me recognize much better when people are really acutely ill. But I knew that the teaching I received from attendings, fellow trainees, nurses, and patients would fade over time as I became a specialist. Once I started at Memorial Sloan Kettering Cancer Center, radiation oncology was like another world. I hadn’t done particle physics since college. The approach to medicine was very different, being heavily outpatient care and immersed in technical, hands-on work that was analogous to virtual surgery at times.

Steve Leibel, my chairman, was a great researcher and clinician. He was exemplary with patients and recognized that much of what we learned from him and other attendings was not rigorously tested but made practical sense. He referred to this kind of knowledge as “oncolore.” He loved it when well-done research burst another bubble from this source of knowledge because it improved the level of care we could give.

I was surprised that no one else I’ve come across outside of Memorial really has used the term. So let’s define it: Oncolore is the body of common knowledge of cancer care shared by teaching, tradition, or anecdote. It doesn’t mean it may not be right, just that it’s either not well-tested, or evidence isn’t cited in passing on the knowledge. I have always had too many questions for my own good, leading to a lot of dead ends or eventually finding that some oncolore is backed up by strong evidence that is hard to ignore.

But not all of it.

One of my goals is to find conventional wisdom to challenge and share evidence to support better medicine. In some cases, it may be asking questions rather than having answers. But good questions make for good debate — bring on the oncolore and let’s see what we find.

Matthew Katz is a radiation oncologist. He blogs for ASCO Connection and can be found on Twitter @subatomicdoc and Google+.  This article originally appeared in Radiation Nation. 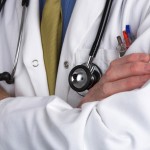