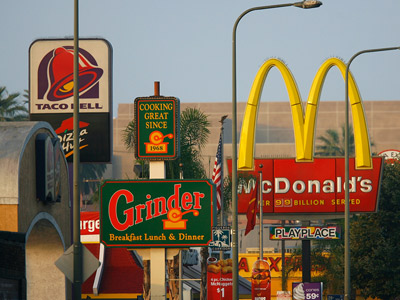 Recently, food has become the center of a revival of interest in cultures that make up Chicago.

The smells, tastes, sounds, and even atmospheres created by cuisine allow both tourists and native Chicagoans to sample our city’s diverse cultural heritage. As such, food has become an increasingly popular and a relatively inexpensive way to enjoy what Chicago has to offer. In fact, one of the city’s biggest events — the Taste of Chicago — is a celebration of cultural diversity through food. Food is a huge part of Chicago’s identity.

Even with respect to low-fat alternative foods, Chicago has experienced an exponential growth over the past decade. Even for vegetarians like myself, there are plenty of healthy options out there.

However, for many of us, the availability of the food we want is taken as somewhat of a given, and in 2013 in America, I wish I could say that was true.

Over the past several years the term “food desert” has become somewhat of a buzzword. I remember hearing it while in a sleepy daze, which could only have been result of sitting in undergraduate classroom post-lunch. However, at that time, the word “food desert” was just another jargon term to be memorized and regurgitated on an exam. As I parsed through my old, handwritten class notes, I found the definition I had scribbled: “no nutritious food, lots of fast food — bad combination.” This didn’t help me much, so I consulted with some experts in the field. They gave me some devastating figures about life expectancy, costs, and distance to fresh food sources in Chicago:

Though these statistics are frightening, in a vacuum, data tells us little. So, let me provide some context.

On the academic side, the phenomenon of food deserts were uncovered in response to CDC and census report data that showed a curiously strong relationship between an individual’s cardiovascular health outcomes and their zip code. These data anomalies were discounted as spurious correlations for years, and even today many still believe that residents in these neighborhoods simply lack the will to eat healthier. In the clinic, we often forget that this is a food problem and end up calling these people non-complaint.

The biggest food deserts in Chicago are centralized in the West and South sides. Walking through these neighborhoods I counted almost a dozen McDonalds, 7-11s, and liquor stores, but I didn’t see one grocery store. When I asked people on the sidewalks if they knew where the closest grocery store was they either said that they didn’t know or pointed me towards a convenience store. Before visiting some of these neighborhoods, the phenomenon of food deserts seemed to fly in the face of everything I had learned from my undergraduate training in economics. There seemed to be a clear market signal here for businesses — fresh foods grocery stores should be lining up to open up stores in these areas because they could tap into a sizable market without facing any competition from rival stores. But after walking through the neighborhood, I learned that the problem wasn’t something new. Gangs, drugs, shootings these have all conspired to make certain neighborhoods unsafe and far too risky for entrepreneurs to open up a giant grocery store.

From a medical standpoint, the morbidity of these food deserts are stymieing the work of clinicians on top of putting extensive financial burdens on hospital systems that are already underfunded. Piling onto the financial constraints are decreases in funding due to what lawmakers see as “non-compliance.” In many ways, larger social forces outside of the clinic limit clinicians’ ability to ameliorate medical problems. From firsthand experience, I’ve realized it’s ineffective to recommend that the patient improve her diet, when she is lacks access to fresh fruits and vegetables.

The most obvious solution in the face of any market failure is government intervention. Using subsidies or tax breaks city officials could help incentivize the establishment of more grocery stores that carry fresh produce. However, those of us who are familiar with the state of Chicago politics can foresee tax breaks and subsidies escalating to impose a significant financial burden on a political system already struggling to pull its own weight. In fact, according to the Center for Rural Affairs, one in five grocery stores has gone out of business in the last four years in rural areas. Perhaps government intervention could be a short term fix, but over the long term, it’s not economically viable.

Fortunately, some communities across the nation are tackling the problem of food deserts from all sorts of creative angles. After a survey from a Minneapolis food desert revealed that 94 percent of residents would purchase more fresh produce if it were available at convenience stores, city officials enacted the Minneapolis Health Corner Store initiative, requiring all corner and convenience stores to stock a certain amount of fresh fruit on their shelves. Nearby in Indiana, an initiative from Indiana University called Garden on the Go, uses the concept of food trucks to deliver fresh produce at an affordable price and even accepts food stamps.

Food deserts are incredibly complex problems because they are linked to the very problems that humanity has struggled with throughout its history (crime, decay, and violence). Though many of the proposed solutions are not perfect, they are steps in the right direction, and they show, at the very least, that decisions are being made.

George Kaplan, a Thomas Francis Collegiate Professor of Public Health at University of Michigan eloquently remarked on the etymology of the word desert. He comments, “A desert is, of course, a place distinguished by the absence of vegetation, rain, etc., which is the sense in which the word is used in this report. Food deserts are defined as “areas with no or distant grocery stores.” But the word “desert” is also a verb — “to leave someone without help or in difficult situation and not come back.” This seems to me to capture an important dimension of food deserts not conveyed by the noun.”