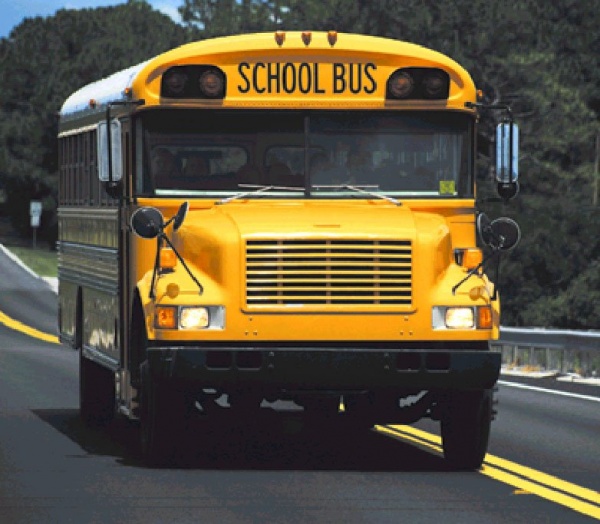 Recently, parents all over the Kansas City area waited patiently for the news that the 6th graders were okay. Many were holding their breath.

And those of us whose children ever step foot onto a school bus, thoughts came to our brains that we don’t like to talk about.

The good news is that the kids were fine. Certainly shaken, but no critical injuries. The community is thankful for the fearless aid of bystanders and the skills of the first responders that helped all the people involved.

After the accident, however, many parents were asking about the need for additional safety measures on our school’s buses. Specifically, the need for seat belts. It stands to reason that if seat belts keep us safe in our cars, we should have seat belts in school buses. So, why not?

The short answer is that federal safety mandates are based on data, and current data does not support the need for all school buses to have belts. Newer small buses are required to have lap/shoulder belts installed, however large buses do not have this requirement.

We can be reassured that with their bright color and huge size, school buses are ideal for being on the road with precious cargo. In large buses, the seats themselves are designed to protect against injury rather than relying on seat restraints. And for the hundreds of thousands of children that ride school buses everyday, the reality is they are actually safer on the school bus than riding with mom and dad. Seven times safer.

The problem with the short answer is there is more to consider.

Despite the current safety data, the American Academy of Pediatrics has held a long-standing position that all buses should have safety restraints.

Proponents argue that a person’s greatest risk of injury and death occurs if ejected from a vehicle during an accident. It seems only logical that seat belts could keep children inside a bus if involved in a significant side impact or rollover accident; regardless of the protection of high, cushioned seats. Current data sets are not large enough, however, to significantly support this conclusion.

Safety issue aside, proponents also argue that belts could help restrain children in their seats leading to fewer disruptions or distractions for the driver. In addition, having seat belts in buses would enforce the message of wearing belts in all moving vehicles, including while riding in their own cars.

On the other hand, those opposed to installing seat belts claim it would be nearly impossible to ensure that every child kept their belt latched, or wouldn’t tamper with the belt’s safety mechanisms. In addition, many are concerned that belts could slow down a panicked or disoriented child if an emergency escape is needed.

More practically, for both sides of the fence, it is not just having the belts available. The belts must be worn correctly for optimal protection. If worn incorrectly, a belt may increase the risk of internal injuries after a crash. So having seat belts on the bus would have to include not only proper belt fitting, but also availability and use of booster/convertible car seats. With all the demands of a bus driver to maintain safe operation of the bus, how could he or she really enforce correct belt wear while traveling?

Finally, it cannot be ignored that a new federal mandate would cost hundreds of millions of dollars. Strained school budgets simply cannot justify the expense with the current information at hand.

It is important to know that data is beginning to support the use of belts as districts across the country are voluntarily installing and using belts with positive results. For child safety advocates, this will be very helpful in the fight to broaden seat belt mandates.

Until legislation changes to require seat belts on school buses, remember that for the vast majority of children riding the bus, the dangers of riding are most common when getting off and on the bus. These include trips and falls, and being struck by oncoming traffic or the bus itself while in the loading zone.

For tips on keeping your child safe on the bus, read these tips from the NHTSA.

Are ADHD drugs responsible for mental illness in college?