Involuntary commitment refers to hospitalizing people against their will for psychiatric reasons. It is a controversial topic because this is where medicine and civil liberties intersect: Physicians have the ability to take away the rights of fellow citizens. (I suspect that few people who become psychiatrists realize that making recommendations about involuntary commitment is part of the job. I certainly did not know this. I also did not appreciate the ramifications until I was well into my residency training. It is the worst part of my job.)

1. Does this person want to harm himself or someone else? The legal language often refers to this as “danger to self” (often suicide) or “danger to others” (often homicide). The “danger” could also refer to inadvertent harm — not only purposeful intention to harm self or others. For example, consider a man who believes he is Superman and wants to fly off of a roof or someone who believes that he will prevent the next nuclear war by destroying a high traffic bridge.

There is also a concept of “grave disability,” which refers to individuals who cannot attend to basic needs. Consider a woman who refuses to eat because she believes that, if she eats, she is eating her internal organs.

2. How imminent is this risk of harm to self or others? If the risk of dangerousness is high and there are concerns that harm will come to self or others “soon,” this strengthens the argument to hospitalize someone against his will. (Note that the word “soon” is not defined. “Imminent” could refer to minutes or hours, though generally not days.)

No one, however, can predict the future, so no one knows for certain who will actually hurt themselves or other people. We can only assess risk of dangerousness. This includes evaluating known factors, such as past history of violence, current symptoms, demographics, etc.

Another question to consider: Will hospitalization help treat the underlying psychiatric condition that led to the imminent danger to self or others? This last point is often not considered as strongly as the others.

This explains why some people go to jail instead of to the hospital. We don’t have effective treatments for people with antisocial personality disorder (“sociopaths”) or pedophilia. If hospitalization doesn’t appear either indicated or helpful, then involuntary commitment may not be an option.

Health care through the lens of a technology entrepreneur 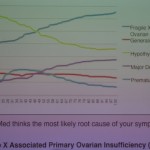 Should school buses have seat belts?

Hospitalizing people against their will: 4 questions to ask
7 comments