I write a lot about end of life conversations that go well or have unexpectedly positive outcomes. But to be fair and balanced, you should also hear about the ones that don’t go so well, lest you be led to believe that I have magical powers over my patients and their families.

Here are two of my attempted end of life map conversations that did not go over so well. In fact, these conversations left me speechless.

I once took care of a beautiful elderly lady with snow white hair and due to her severe anemia, her skin had nearly the same hue. Looking back over her old records, I recognized a tell-tale pattern for the end of life. She had increasing numbers of recent hospitalizations and was functionally declining fairly rapidly, becoming weaker and weaker. The previous month she could walk with a walker but for the last few weeks she had become bedbound. I steadied myself for an end-of-life mapping conversation to follow my explanation of the blood transfusion we were arranging that day.  I remember saying words like, “I want to give you a very honest picture of what is going on … this pattern often means that she is nearing the end of life …”

Before I could start my next phrase, an adult son interrupted me, “Doctor, my mother isn’t going to die. You don’t understand, we are praying that the rapture comes first so that, she will not die and we will all remain together. We have faith that this will happen. Plus, we don’t necessarily believe that her health ‘pattern’ means she is dying.”

My second encounter was also an elderly female, and this diminutive lady with advanced dementia was also surrounded by a loving and doting family. As I discussed code status for the purposes of this hospitalization for my patient, her son also spoke up, but he said,  “Who wants to die on a machine? Not Mother!”

“Great!” I thought, these people get it.  So, I busied myself writing the family’s stated wishes, which did include full medical treatment but no CPR, shocks or breathing machines should their mother’s body fail. In our hospital we call this a limited resuscitation order with DNR.

I had originally asked if there was anyone else in the family whom I needed to talk to and the initial answer was no. But shortly after, an out-of-state daughter called identifying herself as the power of attorney and said, “I want you to take the DNR order off, because this means you won’t do anything to help her.”

I politely attempted to explain otherwise: “No, I actually had filled out a limited resuscitation order which directs doctors to do everything but place her on machines. And above all, we will help her to be as comfortable as she can be no matter what kind of treatment she is receiving.”

Her response: “Well, I’m a nurse and I don’t believe you.”

Alright now, let’s all take a deep breath and switch gears to think about what happened in each of these cases. Both of these scenarios ultimately involve distrust or disbelief of me, the healthcare provider. Either my assessment of the situation was disbelieved or my stated plan for the patient was disbelieved.

Now, I didn’t have any magic tricks at the time to overcome their disbelief, but in retrospect, I should have worked harder to gain their trust. Since those two encounters, I have thought long and hard about what I could have done differently or what another more enlightened healthcare provider might have done instead.

I have come up with 4 recommendations for myself or anyone else in a similar dilemma: 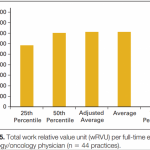