Let’s talk a little about health accountability.  Two news items have provoked the following rant: why is it always someone else’s responsibility?

The first item was on NPR. The FDA, reacting to the epidemic of prescription drug abuse in this country, is offering incentives to the pharmaceutical company that can come up with a less addictive painkiller.  Such a drug would be a gold-mine for that pharma company because it could label the drug “proven to reduce the risk of addiction” and make lots and lots of money. Six to nine months ago there was an initiative by some politicians to require doctors that prescribe narcotics to get additional training, a notion that was, thankfully, shot down by the FDA.

The second item was in the New York Times. New York hospitals are moving to take away cost-of-living pay increases for doctors and link pay to quality measures, the so-called pay-for-performance method.  The quality measures include how long a patient stays in the ER, heart attack recurrence, readmission to the hospital, dietary conversations with heart attack patients, patient satisfaction surveys, etc.  This is in anticipation of what the Affordable Care Act may or may not impose.

These are two of the most recent in a long line of examples of health considerations that have become the doctor’s responsibility.  Seat belt use is another.  Smoking is another.  It is not my job to be at your side every minute checking what pills you put in your mouth, how often you buckle up, or how much you’re lighting up.  It is your responsibility.  The problem with addiction, in any form and of any substance, is with the patient, not the doctor, and certainly not the pharmaceutical company.

I don’t control what you put in your mouth.  Efforts to make doctors do more work or use less addictive pills (whatever that means) are missing the real problem, which is addiction itself.  Asking about smoking and seat belt use are now quality metrics, meaning doctors are going to start to get paid based on if they do these things.  But the doctor has no control over these life-style choices, nor should he.  Your doctor is there to treat you when you are sick and provide access to things that can keep you healthy, but the job of being and staying healthy is yours.

When a company or government wants to cut costs, one of the first things they do is examine where the money is going.  The highest cost items are usually targeted first.  Physician pay, as well as nursing pay, are necessarily big cost items and thus tend to be in the firing line.  That’s where the pay for performance thing is coming from.  I am all for paying good doctors, but the quality metrics being used aren’t helpful.  One of the measurements is how fast ER doctors can move patients out.  But that depends in large part on other members and elements of the system over which she has no control.  Another measure is re-admission rates, meaning how often are patients re-admitted within x amount of time being discharged.  This is mostly a function of how many community supports the patient has, and is again not in the physicians control.

My internship year, my first year out from medical school, was miserable in a hundred different ways, but one of the hardest things for me to deal with was the percentage of preventable disease I saw, diseases that are the result of what people have done to themselves.  It is time to make the patient more accountable for his own health.

Shirie Leng is an anesthesiologist who blogs at medicine for real. 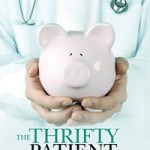 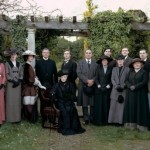 Make patients more accountable for their own health
68 comments