Most of us would agree that doctors should not treat patients without their consent, except in special cases like emergency care for an unconscious patient. It’s not enough for doctors to ask “Is it OK with you if I do this?” They should get informed consent from patients who understand the facts, the odds of success, and the risk/benefit ratio of treatments. The ethical principle of autonomy requires that they accept or reject treatment based on a true understanding of their situation and on their personal philosophy. Numerous studies have suggested that patients are giving consent based on misconceptions. There is a failure of communication: doctors are not doing a good job of providing accurate information and/or patients are failing to process that information. I suspect it is a combination of both.

An article in the New England Journal of Medicine reports that while the great majority of patients with advanced lung cancer and colorectal cancer agree to chemotherapy, most of them have unreasonable expectations about its benefits. For some cancers, chemotherapy can be curative, but for metastatic lung or colorectal cancer it can’t. For these patients, chemotherapy is only used to prolong life by a modest amount or to provide palliation of symptoms. Patients were asked questions like “After talking with your doctors about chemotherapy, how likely did you think it was that chemotherapy would…help you live longer, cure your cancer, or help you with problems you were having because of your cancer?” A whopping 69% of lung cancer patients and 81% of colorectal cancer patients believed it was likely to cure their cancer, and most of these thought it was very likely.

It’s ironic in a way. These patients thought chemotherapy was better than it really is, but generally chemotherapy has had very bad press. It has been so demonized that some patients reject it out of hand, and those who accept it often find it nowhere near as bad as they had been led to believe. An e-mail correspondent wanted to label chemotherapy “quackery” because he said it only offered a 2-5% benefit for cancer survival. I had to explain to him that “quackery” refers to treatments with zero benefit, that it is meaningless to speak of cancer as a single entity, that the benefits of chemotherapy depend on the type and stage of cancer, that chemotherapy is curative for some types of cancer, and that it is also used for its adjuvant and palliative effects.

He also asked, “Surgery for cancer has a much greater success rate than 2-5% right?” I explained that it is meaningless to talk about the success rate of “surgery for cancer.” You have to look at specific types and stages of cancer. The success rate for breast cancer surgery in ductal carcinoma in situ stage 0 is 98% for 10-year survival. For pancreatic cancer, virtually all patients are dead within 7 years of surgery. It makes a huge difference whether metastasis has already occurred at the time of surgery. And some cancers, like blood cancers (leukemia, etc.), are not treatable with surgery.

I don’t think oncologists are deliberately lying to patients about chemotherapy. But I suspect they may be carefully choosing their words to put it in a more favorable light, since they naturally want to do something and to offer the patient hope. This may not be operating on a conscious level. And the very fact that they are offering chemotherapy to a patient gives it credibility, no matter what they say.

Whether or not the oncologist offers subtly biased information, the patients’ own biases contribute to poor communication. They want to survive. They want to have hope. It is only natural for them to put a positive slant on what they are told; they may not try to understand the negatives or they may minimize their importance. In some cases, they simply refuse to hear the facts and continue to believe what they want to believe. This study suggests that patients perceive physicians as better communicators when they convey a more optimistic view of chemotherapy.

Should we accept these misunderstandings because they give patients hope? Should we be concerned that they have not met the standard for giving informed consent for their treatment? Other studies have shown that patients with advanced cancer would accept toxic treatment for even a 1% chance of cure but would be unwilling to accept the same treatment for a substantial increase in life expectancy without cure. So if they are accepting chemotherapy on the basis of these misunderstandings, they are not doing what they say they want to do. The misunderstandings might even interfere with end-of-life planning and care. Previous studies have shown substantial discrepancies between patients’ and doctors’ estimates of their life expectancy.

Another recent study published in the Annals of Family Medicine showed patients have similar misunderstandings about the value of screening tests and preventive treatments.

Doctors also have some serious misunderstandings in these areas. In a study by Gigerenzer et al. researchers did a survey of 160 gynecologists attending a continuing education session in 2007. They described a patient who has a positive mammogram and who asks her gynecologist whether that means she has cancer for sure, or what the chances are. What would they tell her? They were given the pertinent information (1% prevalence in that population, 90% of women with cancer test positive, 9% of women without cancer test positive). They were given a multiple-choice question with 4 answers: 81%, 90%, 10%, and 1%. The correct answer, which could be easily calculated from the statistics provided, was 9%. The other answers were wrong by an order of magnitude. They could derive the answer from the statistics or they could simply recall what they should have known anyhow. The gynecologists gave answers ranging from 1% to 90%; the majority of them grossly overestimated the probability of cancer as 90% or 81%, and only 21% answered correctly (not even as good as chance). I don’t know about you, but I find that positively frightening.

Doctors and patients have misconceptions about the value of chemotherapy, screening tests, and preventive measures. And probably a lot of other things! If patients are to give truly informed consent, doctors must have accurate science-based information and must find ways of effectively communicating their knowledge to patients without losing their patients’ trust and regard and without destroying hope.

Harriet A. Hall is a retired family physician, author and former Air Force flight surgeon.  She blogs on the Prepared Patient Forum.

How often should I screen for disease?

What Lincoln can teach us about health reform 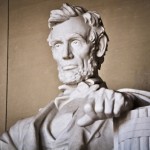