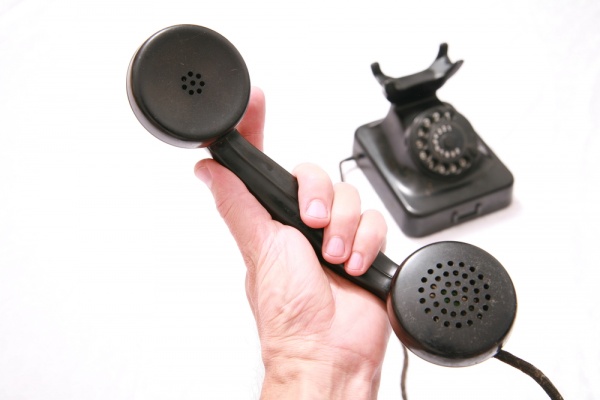 You’ll never hear that when you call me. Never. You’ll also never get an automated answering system (I’m just referring to office hours, of course. Evenings and weekends the phone goes to Google Voice. More on that below.) We are also in the middle of a communication revolution. There are now so many other ways patients can contact me other than the telephone, the silly thing is almost becoming obsolete. I took a moment the other day just to go through all the various ways patients contact me.

Still the most reliable fallback. Most synchronous form of communication: both parties willing and able to talk in real time. After hours, Google Voice (free) transcribes messages and texts them to my smart phone. As a rule, patients do not call my cell phone, although I’m not shy about giving out the number. Then again, those who have my cell number usually use it for …

At the moment, it’s just a few patients, but I anticipate more and more of them will partake as time goes on. It doesn’t happen very often, and so far it’s never been inappropriate. Med refill requests and pictures of kids’ rashes have been the mainstay so far. I like it. By it’s very nature, the people choosing to text me understand the limitations of synchronicity, ie, they don’t get bent out of shape if I don’t answer them right away, and they understand that it’s just for relatively minor issues. I also use it to communicate simple quick questions to specialists with all the same mutual understandings (minor issues only, response time unimportant).

Appointment and medication refill requests are the most frequent contents of email messages, though I’ll often get other kinds of questions. Most are easily answered by return email; many require appointments, which can also be made through email exchange instead of over the phone. I’ve taken to securely emailing patients back with lab results at their request. They love it. Sometimes they’ll have a brief question or two about their results, and appreciate the quick responses. By this point in time, everyone is pretty well versed in the use of email, specifically including its limitations. Again, so far I have had no problems with it.

College age patients love this. Once they’re willing to friend me, they can message me whenever they want. An interesting sidelight is the chance to keep tabs on them after a fashion (relationship status, for example). I’ve treated bladder infections across the country, and refilled meds across the state. It’s great for helping girls stay on their oral contraceptives, as I can e-prescribe their refills to a pharmacy near school instead of making them wait until they come home. The age span of people using this has widened recently. A woman in her late 30s was thrilled to be able to use FaceBook to explain at length the problems she was having with her voice. I also have several (very cool) high schoolers who have recently friended me. They seem to appreciate the opportunity to contact me directly, even though few have availed themselves of it. They like just knowing they could, though.

Okay, so now it’s technically the white box. Sitting on my stoop is a plastic box we use to convey various written documents (certain prescriptions that must be written, school and other forms) to patients so that they are not limited to the hours we happen to be here. Sometimes patients will drop off the forms for us in the box instead of in person. Again, scheduling flexibility for everyone.

Mainly older patients, mostly women. They may or may not have access to a computer, but they prefer the good old-fashioned world of envelopes and stamps. It’s no problem. I’ll ask them to address an envelope to themselves when they’re in the office to have their blood drawn, which is what I use to mail them their results.

My latest foray into the world of Social Media (handle is @DinoDocLucy). A couple of my followers are patients, although I must admit that I have not yet had any direct messages from patients. I figure it’s only a matter of time.

The only caveat with all these different modes of communication is that I do have to make an effort to keep tabs on them all. That means keeping an email window up on the computer during the day, and my cell phone in my pocket. Neither is a big deal. I’ve arranged my accounts so that all my different email addresses show up in one place, and Facebook and Twitter are set to email me when I have a new message.

Now that I think about it, isn’t this kind of extended availability one of the earmarks of the so-called Patient Centered Medical Home? Why yes, of course it is. And I’m already doing it; have been for years now. Wow. Isn’t that something. Someone should tell me again why/how I need to “transform” my practice into this lovely new model of open access and easy communication between patients and physicians.

10 advances that have changed medicine forever

The telephone is obsolete: How my patients contact me today
9 comments