Recently, I had the honor of moderating a discussion for the Sex::Tech 2011 Conference with the producers of MTVs 16 and Pregnant Morgan Freeman, Dia Sokol Savage and The National Campaign to Prevent Teen Pregnancy.

I was fascinated by the responses of members in the audience as well as the reactions I read while  monitoring the online live stream via Twitter. So what did I conclude?

I concluded that the issue of teen pregnancy seems to bring out passionate opinions regardless of where you stand politically. Some people felt the show treated the teen moms too harshly. Others criticized the show for not being harsh enough. Some argued the show serves as a deterrent to teen pregnancy while others felt the show promoted it. Responses were both strongly supportive and resoundingly negative. I suspect some who volunteered opinions had not even seen the show.

I don’t think as a society we will ever agree on exactly what the right message is to send teens about sexuality. In fact, that sentence, in and of itself, will probably trigger a visceral response among some (which kind of proves my point).

The producers of the show are telling a story. Actually, they are simply weaving together a 40 minute narrative based on the reality that each teen mom creates for herself.  The life the teen mom leads creates the outcome on the screen. Life creates art.  The result—- 2.8 million people are watching it, and even more are arguing about it. How we react to the stories of 16 and Pregnant says less about the show itself and more about us and our own attitudes about sexuality. The power of the show is the simple fact that we are talking about it. 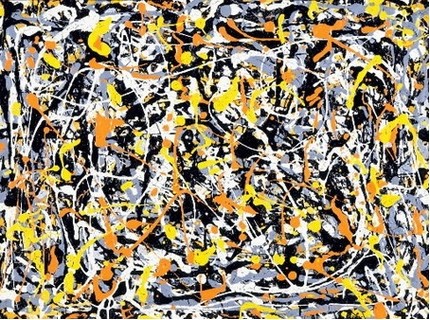 The painting is just a thing on a wall. Each of us looks at it and sees something different.  Some read deep meaning into the colors and dynamic arrangement of design. Others just see paint randomly splattered on a canvas.

16 and Pregnant is just a TV show. The cultural phenomena surrounding it is something different.  Like any good piece of art, the show is stimulating an emotional response in the viewer. Kids are talking about it. Adults, teachers and sex educators are talking about it. Parents and kids are talking about it together. Conversations about adolescent sexuality, teen pregnancy and birth control are happening. The show is increasing awareness about the issue of teen pregnancy. We should all agree on that fact. How does the show impact society? Is it good or bad? Well, it is a work of art. Watch the show and decide for yourself.

Jeff Livingston is an obstetrician-gynecologist at MacArthur OB/GYN, also on Facebook.  He can be reached on Twitter @macobgyn.

Think about medical school tuition debt before becoming a doctor