As part of the new health care legislation, the government has instituted Medicare’s Physician Quality Reporting Initiative (PQRI) in an attempt to motivate health professionals to do the right thing.

According to the legislation, PQRI asks physicians to report how the care they furnish aligns with evidence-based clinical guidelines for a variety of medical conditions, such as diabetes or heart disease. In 2010, physicians who successfully report these measures will receive a 2% bonus on charges received from Medicare. The bonus tapers down to 1% in 2011 and 0.5% from 2012-2014. However, starting in 2015, physicians who fail to report these measures will receive a penalty of 1.5 % deduction from their Medicare revenue from that year, increasing to 2% penalty in 2016 and each subsequent year.

But before we march forward to the trial and error of this new measure designed to induce higher performance, it is important to step back and ask ourselves, what motivates us as human beings?

According to Daniel Pink’s book Drive based on numerous researches replicated in various settings over time, humans are motivated by three intrinsic drives: autonomy, mastery and purpose.

In a book by Deci et al published in 1985, multiple researches on school children randomized to autonomy-supporting versus controlling teachers conclude that autonomy-supporting environment correlates with more creativity as well as enhanced intrinsic motivation and self-esteem. The concept of autonomy is replicated in the real world today by a successful Australian software company called Atlassian.

Inspired by FedEx’s promise to deliver a package in 24 hours, Atlassian instituted “FedEx day,” when, once in each quarter, software developers are allowed 24 hours to work on anything they want, enjoying full autonomy. Results are brilliant bug fixes and new innovative features that otherwise would not be explored as successfully.

Another landmark article in 1959 by Robert White, a professor emeritus in clinical psychology at Harvard University, proposed that the inherent satisfaction in exercising and extending one’s capabilities is a strong motivator. It later inspired numerous experiments on mastery motivation which show multiple positive effects on performance, from leading test subjects to spend more of their free time on tasks to increasing cognitive development in children.

The 21st century example of these validated experiments can be found on YouTube, where there are millions of videos on the how-to of everything, from using make-up to writing computer programs, made by folks who enjoy the subjects in their free time, free of charge.

An interesting study by Adam Grant at Wharton demonstrates the power of purpose as a motivator. The study shows that employees working in a call center at a university fundraising organization who were given stories of how the money they raised affected the lives of beneficiaries earned more than twice the amount of donation compared to before the intervention. Volunteers exemplify the power of purpose in the real world, where people from all walks of life are driven, not by the extrinsic motivation of money, but by the intrinsic motivation of being part of a cause.

Interestingly, within decades of social studies research on motivation, the most surprising finding of all is that monetary rewards actually lead to poorer performance for cognitive tasks. The pervasive belief that higher monetary rewards lead to higher performance only applies to straight-forward, mechanical tasks – as soon as the job requires even the least amount of rudimentary cognition, monetary rewards produce negative effects on performance. This finding has been shown in works by numerous researchers, including Dan Ariely (a professor of behavioral economics at MIT) and Dr. Bernd Irlenbusch (a lecturer at the London School of Economics).

Despite the repeatedly validated science of intrinsic motivations, managers and organizations continue to use money to motivate workers for the more and more complicated cognitive tasks of the 21st century, the Medicare’s Physician Quality Reporting Initiative (PQRI) included. The monetary penalties of PQRI will narrow physicians’ minds onto the goal of mechanically completing reports, eliminate autonomy and distract away from mastery and purpose. It sends the message that physicians should do a good job, not because our work has a higher purpose of keeping other human beings healthy, but because we will earn more money for it.

In a way, it views physicians as rudimentary horses easily lured by rudimentary carrots, when in reality I would like to believe that physicians are human beings driven by the ability to direct our own fate, the desire to be good at what we do, and the heart to be part of something bigger than ourselves.

angienadia is an internal medicine physician who blogs at Primary Dx.

DTC advertising is annoying but should it be banned? 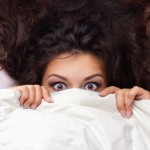