An excerpt from Inside The Orphan Drug Revolution: The Promise of Patient-Centered Biotechnology.

Every revolution rises up against an order in need of reform. For the orphan drug revolution, that order was the pharmaceutical industry of the 1970s. Most pharma companies had been founded by entrepreneurial chemists or pharmacists decades or even centuries earlier. But as those early firms underwent many mergers and grew into large public companies, more financially trained managers took over—and their priorities veered inexorably away from innovation and risk-taking toward the pursuit of predictable profitability. In the 1970s, the industry faced in addition the much more rigorous and expensive testing of experimental drugs to prove safety and efficacy imposed by the Kefauver–Harris amendments described earlier. Phil Reilly summarized the effect in Orphan: The Quest to Save Children with Rare Genetic Disorders: “Pharmaceutical companies responded by focusing on developing treatments for common diseases in order to maximize the possibility of recouping research and development costs and generating significant profits. As a result, rare diseases were largely ignored due to poor economic potential and were thus said to be ‘orphaned.'” Those developments created a consuming hunt for low-risk blockbusters, or billion-dollar drugs. For pharma, those came ideally from minor but patentable changes to existing drugs, “pills in a bottle” easily sold by large promotional sales forces for common but not overly complex diseases. An ulcer drug, Tagamet, became the first $1 billion-a-year blockbuster in 1977; a marginally improved drug, Zantac, reached $2 billion soon after. Pharma industry giants chased “me-too” drugs that added progressively less medical value but progressively larger sales.

This dynamic culminated in the fevered pursuit of lipid-lowering statin drugs, until Lipitor, the fifth drug in the class, with outcomes only modestly better than earlier versions, reached more than $12 billion in yearly sales. Roots in science, medicine, and entrepreneurship Every revolution also grows out of deep roots. Those of the orphan drug revolution lay in science, medicine, and entrepreneurship. Its scientific roots grew from one of the most celebrated discoveries of the twentieth century, the deciphering of “the secret of life”—the biochemical basis of genetic reproduction, the double helix structure of the DNA molecule—by Watson and Crick at Cambridge University in 1953. Their work triggered an unprecedented explosion of biomedical research. Initially researchers rushed to figure out how to “read” the genetic code. Frederick Sanger won the first of two Nobel Prizes for discoveries of how to read protein DNA sequences in 1958. Prizes followed in the 1960s for unraveling the genetics behind enzymes, viruses, and proteins. Then in 1973, Stanley Cohen and Herbert Boyer laid the foundations for biotechnology with the invention of a way to reproduce human genes in bacterial cells. These modified cells became living factories, producing functional human proteins that could serve to replace defective ones—and inspired the founding of the first wave of biotechnology companies. Initially unconnected roots in the field of medical genetics were emerging in parallel. As Phil Reilly recounts in Orphan: The Quest to Save Children with Rare Genetic Disorders, pioneering work identifying single-gene disorders was begun in England in the early 1900s.The first compendium of genetic diseases, published by New York’s Cold Spring Harbor Laboratory in 1911, included more than 100 “monogenic” diseases, and the study of genetic diseases took off.

Roscoe Brady perseveres to a therapy

The intertwining of these roots of science, medicine, and entrepreneurship is nowhere better illustrated than in the legacy of Roscoe Brady. A visionary physician-scientist, Brady developed a drug that drew on advances in both medical genetics and genetic engineering and would be brought to approval by a biotech entrepreneur. Brady’s research built most directly on work by the Belgian biochemist Christian deDuve. In 1955, deDuve discovered previously unknown structures in cells, which he called lysosomes, which contain digestive enzymes that play a critical role in storing and decomposing cellular materials. For the far-reaching impact these have on lysosomal storage disorders and other conditions, de Duve was with two colleagues awarded the Nobel Prize in Physiology or Medicine in 1974.

Brady was able to locate the causes of several of these lysosomal storage diseases (or LSDs, an acronym coined before it became fashionable elsewhere), including Gaucher, Fabry, and Niemann–Pick diseases. Gaucher disease came first, for Brady and for the orphan drug revolution. First identified by French physician Philippe Gaucher in the 1880s, the disease interferes with the function of the liver, spleen, and bone marrow and can lead for many patients to early death. In 1964, Brady discovered that the lack of a specific enzyme, called glucocerebrosidase, resulted in fatty material collecting in these organs and caused the severe clinical symptoms. Brady soon raised the possibility of treating the disease by giving patients the missing enzyme. He and his collaborators found a way to extract trace amounts of enzyme from human placental tissue, which develops in a uterus during pregnancy and is expelled after a baby is born. They tested small amounts in animal models that simulated Gaucher disease and saw evidence it was working. In 1973, they were able to get enough of the enzyme to test it in a few patients. Brady attracted a talented group at the NIH and beyond, with team members like Norm Barton, Ed Kolodny, Pram Mistry, and Scott Furbish leading Gaucher clinical work. They gave patients millions of units of the enzyme, but at first it showed no effect. After realizing that the enzyme wasn’t getting absorbed well enough to work, they came up with a way to chemically tweak the enzyme so it would be better absorbed. That form, called alglucerase, worked significantly better, and the foundation for a therapy was laid. Brady, who many felt should have also won the Nobel Prize, is—like so many others who didn’t—little known beyond those benefiting from his work. But by laying the groundwork for a family of genuinely pathbreaking therapies, his work has immensely improved the lives of thousands.

James Geraghty is a health care executive and author of Inside The Orphan Drug Revolution: The Promise of Patient-Centered Biotechnology.

The holidays can open up a range of emotions 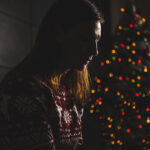 Psychic numbing: Why we would prefer to save a single dog instead of thousands of humans 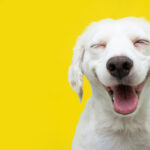