First, a history lesson. Back in the mid-2000 oughts, the AAFP launched a wholly owned subsidiary called TransforMed. It was originally started to help practices implement the “new model of care” from the Future of Family Medicine Report. Soon after it was launched, the joint principles of the patient-centered medical home (PCMH) were announced, so TransforMed pivoted to help practices implement the PCMH model of care.

In one of the major blunders the AAFP has committed over my career, it set up an experiment called the National Demonstration Project (NDP). An experiment was a great idea. How they carried it out was an example of supreme hubris. The enrolled 36 practices and randomized 18 of them to receive coaching on how to transform to a PCMH and the other 18 were left on their own to figure it out for themselves. Do you see the gargantuan mistake they made? Instead of testing whether or not the PCMH was a good idea in the first place, they just assumed it was great and went about testing how best to create the beast. You know where this is going. A study of the NDP practices found that there wasn’t much difference in outcomes whether the practice was coached or not, and there was practically no difference in quality (5% change in mostly meaningless metrics) and no difference in costs or patient experience in these practices over 26 months of follow up.

So did the AAFP accept the results of its own experiment and call a big halt to TransforMed to re-think it all?  Of course not. It was too emotionally and financially invested in it. So the PCMH patter continued unabated, and in 2014 it was announced that TransforMed would “redefine (its) focus.”

And now comes along an article reporting the results of a Center for Medicare and Medicaid Innovations (CMMI) experiment where TransforMed won the $20.8 million 3-year contract. Here are the results: We estimated the program led to a 7.1% reduction in inpatient admissions and a 5.7% decrease in the outpatient emergency department visits. However, there was no evidence of statistically significant effects in outcomes in either the quality-of-care processes or spending domains. Therefore, it is an exaggeration to conclude that the PMCH/HIT/population health management/medical neighborhood did absolutely nothing. It, like some of the other PCMH experiments, made a small dent in the number of inpatient admissions and ER visits.

But this study is further proof that the most pressing burden of the U.S. healthcare system, its extraordinary costs, are not fixed by the PCMH or EMRs or population management. The tiny gains they realize are offset by the tremendous cost and burden of implementing their clunky systems.

But will the AAFP accept this latest disappointment and call for a completely new direction to support family physicians to deliver a comprehensive basket of services to their patients, free from all the e-baggage? Don’t hold your breath.

How inflation will affect our health system 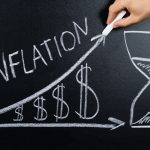 How to find purpose in the age of burnout 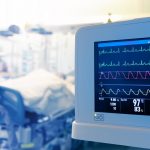 The tiny gains of patient-centered medical homes. Are they worth it?
5 comments