An interview with David Quamman, author of Breathless: The Scientific Race to Defeat a Deadly Virus.

Rosenberg: After the publication of your 2012 book Spillover, in which the scientists you interviewed talked about expecting the “next big one,” I was surprised more people didn’t say, “Quammen told us so.”

Quammen: Actually, in Jan 2020 [as COVID-19 hit], I immediately got calls asking me how “I knew” this was going to happen and why people didn’t heed the book’s warnings.

I did write an op-ed for the New York Times about the brewing COVID-19 situation, but later that month, I was in Tasmania doing research on Tasmanian devils for my next book about the evolutionary biology of cancer. When I returned to my hotel, there were many invitations to discuss what was then called the “Wuhan virus.” People wanted to ask me, How I had predicted so much of this in Spillover—that a new pandemic would come, caused by a virus, in particular a single-stranded RNA virus, and quite possibly a coronavirus, coming out of an animal, possibly a bat, in a place such as a wet market in China.

Quammen: The book did well but didn’t galvanize public thinking. I actually had friends who kind of dismissed it as “quaint” and the kind of “fringe” topics that they thought I was always interested in.

Rosenberg: I was surprised how the World Health Organization (WHO) did not seem to spearhead initial COVID-19 preparedness efforts. Did they feel they had “egg on their face” after raising alarm about the 2009 swine flu epidemic, which did not materialize as a worldwide epidemic?

Quammen: That might be part of it. Whenever a pandemic is announced by the WHO, it is possible to declare it too soon or too late. I remember when Gerald Ford ran against Jimmy Carter for President in 1976. Ford had been warned by his scientific advisors that a serious, pig-based influenza was coming and that a campaign of mass vaccination was necessary. He even vaccinated himself on TV to prove the point. Since the outbreak didn’t materialize and there were questions about the vaccine itself, this may have helped Carter win.

Rosenberg: In your new book, Breathless: The Scientific Race to Defeat a Deadly Virus, you detail the sagas of SARS and MERS, two similar animal-hosted viruses more than a decade ago that, in some ways. presaged COVID-19. Why did these diseases disappear?

Quammen: They didn’t disappear—they were stopped! Places like Toronto, Hanoi, Beijing, and Singapore had good public health systems and strong governments that sprang into action. Luckily, these diseases didn’t arrive in places with underfunded health systems like Kinshasa [the capital of the Democratic Republic of the Congo], Liberia, Sierra Leone, or Guinea.

Rosenberg: As you cover in Breathless, many papers and conspiratorial theories have surfaced about the origins of COVID-19, like the claim that the virus was bio-engineered, leaked from a lab, or had HIV material inserted into it. I believe you give respectful consideration to the theories, but I wonder where they come from.

Quammen: Some of the theories no doubt began with Trump, who, you’ll remember, used the term “Kung Flu” for COVID-19. But conspiracy theories have always been around, and people embrace them. Most of the conspiracy theorists are amateurs without virology training but who have five hours a day to search the Internet. I tried to express it.

Rosenberg: Many conspiracy theories center on the researcher/scientist Shi Zhengli who has been termed the “bat lady” and whose early decoding of the COVID-19 virus sequence in a scientific paper was interpreted to mean she invented and engineered it.

Quammen: For 15 years, Shi had warned the world that these bat-associated viruses are very dangerous for humans. If she is said to have found this virus in a cave, then it clearly existed in the wild and could not have been made in her lab. There are several contradictions like this in conspiracy theories.

Rosenberg: Still, it is understandable how the idea of “lab-created viruses” can scare the public.

Quammen: Yes. When a researcher named Ron Fouchier managed to create a version of the bird flu H5N1 that could be transmitted in the air to mammals in 2011 or 2012, a moratorium was declared on such studies—known as gain-of-function work. After a few years, the U.S. National Institutes of Health (NIH) allowed some forms of that research to continue. The whole situation was very complicated, and I’m only touching on it here because it has become entangled with accusations about a lab leak.

Rosenberg: While not conclusive—since it is impossible to prove a negative—Breathless suggests that most evidence implies that COVID-19 came from natural sources, specifically wild animals. What implications does this have for the wild animal trade for food and pets?

Quammen: When wild animals are put into the supply chain, various species are jumbled together, coughing and excreting on one another. The trade in live wildlife for food or for pets moves animals from richly diverse ecosystems into urban areas and other countries, where they pose a severe risk for human pandemics. There needs to be better control over how wild animals have moved around. After SARS, China made some progress in this area, but we’ll have to see if it lasts. After COVID-19, we know the stakes couldn’t be higher.

Science impacts our lives more profoundly than we appreciate [PODCAST] 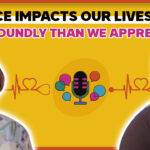 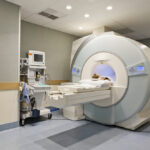