Lurking in the shadows, it creeps in.
Spreading itself across the world.
Creeping into all recesses of human civilization,
like a slug oozing slime as it moves slowly and surely.

A microscopic, spikey ball of evil engineered for killing.
Attacking its prey without warning.
Attaching itself, drawing lifeblood for its existence.
A parasite of sorts, devoid of a conscience.

It matters not if victims are young, old, healthy, infirmed, rich, poor.
Existence is at risk and all are fair game.
And so it enters the body searching for sustenance to replicate itself.
Its effects are far-reaching, ravaging all facets of its host.

Eroding the spirit, knocking down its victim to a state of helplessness,
gasping for breath.
Modern science attempts to knock the foe on its heels.
But the evil one morphs into an even deadlier opponent.
Re-energized, it spreads with renewed fervor, wreaking havoc and despair.

Did you guess what the above lines are describing? Our planet has been dealing with COVID-19 and its variants for the past two years. As of November 3, 2021, COVID-19 has killed more than 4 million people worldwide. In the United States, there have been 752,829 deaths and 46,227,730 confirmed cases of COVID.

Daunting data, to say the least. But those cold numbers don’t adequately describe the physical and emotional turmoil created by COVID upon those of us who are left behind. As vaccination rates slowly climb upward, we are all trying to find our normal in this new world. But what exactly is that? We can’t unsee or forget what has transpired these last couple of years. The loss of lives, jobs, and optimism weighs heavily upon all of us.

But what is especially vexing to me, is the proportion of individuals who wish to continue their campaign of misinformation and intimidation, harassing school boards who have in place mask mandates for their students, harassing health care workers who are tending to the sick and the list goes on and on. Any sensible person should be able to conclude that the COVID pandemic was and is real. Its devastation upon humanity and world economies cannot be shrugged off. The anti-vaxxers should accept the fact that vaccines do work in preventing severe illness and death due to COVID. But the argument continues, seemingly along political lines. And now the debate continues as to whether 5 to 11-year-olds, who are now eligible to receive the COVID vaccine, should.

Please, if you have concerns, reach out to your child’s physician and ask those questions. Don’t just simply believe the blaring headlines on certain social media sites. When did some people lose their common sense? They are willing to believe unfounded statements rather than to believe the information from their doctors and educated medical professionals. This brings me to another point: When did we come to distrust our physicians, health care workers, and highly skilled and educated people of science in favor of listening to untruths spouted by generally untrained people who simply wish to stir up confusion and distrust to further their agendas. Many more lives have been lost than what should have occurred simply because of untruths. Is misinformation deadlier than the virus?

Will there be other pandemics during our lifetime? I wish not, but the odds are not in our favor. I hope that we have all learned some valuable lessons from the tragedies we have had to endure. I feel fairly certain that we as a nation, as citizens of the world, will stand a better chance in fighting a new virus that is waiting in the shadows if we work as a unified force instead of fighting among ourselves. Divisiveness and distrust will foster defeat.

Getting messy in the game of health care [PODCAST] 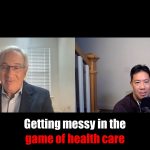 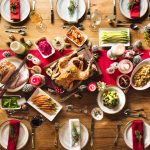 Is misinformation deadlier than the virus?
4 comments