An excerpt from Not A Real Enemy: The True Story of a Hungarian Jewish Man’s Fight for Freedom.

The first signs that something terrible had happened were the lights. The hospital was brightly lit through every corridor. In communist Hungary, electricity was yet another resource one learned to do without. Lights were used where they were most essential, turned off or low otherwise. But now, every light was on.

Because the Wolfs’ apartment was in the hospital, Ervin had reached the emergency room just as the first of the ambulances arrived. The first of them were two young women and a young man lying in pools of their own blood, their faces lacerated, their clothing torn. They had been sitting inside the cab of a semitruck when bullets from a sniper’s machine gun shattered the front windshield and riddled their bodies. Ervin couldn’t imagine what they had done to deserve such a fate, yet he knew. They may have participated in the demand for free speech. Just the possibility of their involvement was enough to justify killing them in the eyes of the communists. Ervin seethed to live in such a society, a society that regarded itself as so righteous that any act it carried out, at any cost, was regarded as deserved.

But he had no time to reflect on the communist state, no time to reflect on the lives of those who began pouring in through the hospital doors in numbers beyond anyone’s comprehension. All were in critical condition or dying, all were riddled with bullets or sliced open from flying glass and metal. Brains spilled from skulls, bowels lacerated. Blood flowed everywhere.

Ervin sterilized his hands and joined the surgical team, his task becoming ever more serious and strained as the gunshot victims were rushed into surgery throughout the night, many dying before they could even be treated. The team worked on their patients throughout the night and into the next day, not finishing until late afternoon. Even then, their work was unfinished as so many were in critical states, needing more surgery and round-the-clock care. Yet as they urgently fought off death, birth continued. Ervin had never been so busy and, as women continued to give birth, he was sent back and forth from the surgical ward to his own OB/GYN department. As much as he truly loved bringing new life into the world, he couldn’t help but wonder with every birth what kind of world he was bringing these innocent babies into.

As the night turned to day, gunfire continued to shatter the city, while every able-bodied person on the hospital’s staff was recruited to work around the clock attending to the trauma patients. Judit joined the team as well, arranging the countless blood transfusions that so many patients needed, while Ervin worked exhaustively between surgery and obstetrics.

Whenever he had a free moment, he listened to the radio to get a sense of what was going on, but what little information was reported by the Soviet-controlled stations was inconsistent and untrustworthy. The only credible news came from the gunshot victims themselves, as survivors recounted the sudden attack that turned an inspiring, peaceful protest into a bloodied battlefield. The initial shots were fired at the radio station, under heavy guard by the AVO, when a small group split from the massive crowd of protestors and attempted to gain control of the airwaves to broadcast their demands. Before they could do so, they were apprehended and rumors quickly spread like forest fire through the crowd that they had been killed.

As the mood transformed from one of jubilance to fury, tear gas was thrown into the crowd and the AVO agents, under orders from Gerő, opened fire on the young protestors. As bullets flew and bodies fell, chaos erupted and the once-organized peaceful demonstrators fought back by surrounding and overturning police cars, smashing windows, throwing rocks, and fleeing in terror. Angered for years as their freedoms, rights, and resources were tightly controlled by the Soviets, inspired that fresh change was on the horizon, then in the height of that emotion, to be fired on indiscriminately by a government that did not hesitate to kill them, the joyous crowd of 200,000 instantly turned into an angry mob once tear gas and bullets rained down upon them. Within hours, all of Budapest had been transformed into a civil war that was anything but civil.

Eventually, the AVO ran out of ammunition and hid in ambulances, but they were quickly found and attacked by the enraged protestors. Soon soldiers were called in to control the crowd, but once they arrived and saw the streets strewn with the bodies of young people—some even children—they tore the red stars from their caps and joined in the protests. In response, Soviet tanks came rolling in, their turrets rotating at 360 degrees, making it clear that at any moment, too many could be killed.

Despite the terror of the Soviets, it was clear that not even their mighty tanks could eradicate the social tides that now, like a tsunami, could not be turned back. The power of the movement forced Ernő Gerő, just a few months into his rule, to step down the next day and communist officials appointed Imre Nagy as Prime Minister. Despite this acquiescence, the violence only escalated. The Soviets were intent on crushing the movement with as much brute force as possible, killing and arresting protestors en masse, sending more and more dying and critically injured young people to the hospital where Ervin and his team worked in a constant state of shock.

As they worked, the rural peasants got busy delivering food to the city to supply the freedom fighters and the hospitals, which boosted morale and even further challenged the Soviet machinery as it became clear the protest was no longer a protest, but had become a revolution.

Robert J. Wolf is a neuroradiologist and author of Not A Real Enemy: The True Story of a Hungarian Jewish Man’s Fight for Freedom. 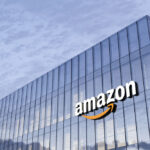 A patient gave this physician her humanity back