An excerpt from Preserving Brain Health in a Toxic Age: New Insights from Neuroscience, Integrative Medicine, and Public Health.

When my wife and I visited Salzburg Austria a few years ago, we stayed in a small boutique hotel formerly part of the Saint Sebastian monastery. In its famous church courtyard cemetery are buried both Mozart’s wife and his father, Mozart being buried in Vienna. Another marker in the courtyard drew my attention, that of Paracelsus, the pseudonym of Phillipus Aureolus Theophastus Bombastus von Hohenheim, the physician regarded as the founder of toxicology. His father, also a physician, apprenticed Phillipus with him in a variety of subjects including botany, mineralogy, and natural philosophy as well as medicine (Perhaps he is the father of integrative medicine too.) His formal education began at the University of Basel, and he gained his doctorate at the University of Ferrara. Paracelsus went on to become one of the leading and most controversial physicians of the Renaissance.

Paracelsus advanced the concept that three elements: mercury, sulphur, and salt contained the poisons that contributed to all human diseases. Today we know that these three elements are not the be all and end all of illness. Yet Paracelsus appears prescient in recognizing mercury can be highly toxic to humans, and especially to their brains. He also emphasized the importance of the dosage of an element with high doses being the most toxic, solus dosis facit venenum (only the dose makes the poison). Today we know that genetic factors can also contribute to the development of disease or determine the strength of resistance to it and that infectious agents that account for many diseases. Paracelsus correctly identified the first of a large category of toxic agents that cause disease. He did not do badly considering he worked nearly 500 years ago!

Paracelsus also introduced the concept of specific diseases affecting specific organs and recommended that treatments should be specific to the disease and the organ affected. Peripatetic as he was and often scorned by other physicians for his outside-the-box thinking, he ventured far and wide both physically as well as mentally. His treatise, On the Miners’ Sickness and other Diseases of Miners became the first work of occupational medicine and dealt with the hazards of metalworking. He recognized that inhalation of metallic fumes was dangerous and toxic to the lungs and recommended dietary modification and sweat baths as preventive measures. It is only in recent times that sweating has been shown to help excrete toxic metals. Paracelsus also wrote on the curative properties of alpine mineral springs, something still in fashion in some circles.

While there are over a thousand identified neurotoxins in today’s highly industrialized societies, I will start with mercury, maintaining continuity both scientifically and philosophically with Paracelsus.

Moving to the other side of the planet, Minamata Bay in Kyushu, Japan in the 1950s and 1960s, one encounters what happens when a chemical company’ factory discharges mercury in its effluent into a  fish-rich bay. First bacteria can form a chemical bond between inorganic mercury and a carbon of a methyl group forming methylmercury. Bacteria with methylmercury are consumed by plankton. Moving up the bays’ food chain, fish consume plankton become contaminated with high levels of mercury. Over 2,000 villagers along the bay had documented methylmercury poisoning from consuming the contaminated fish. Their illnesses were dubbed Minamata disease. Symptoms included abnormal gait, abnormal speech, loss of balance, bipolar symptoms, visual impairment, deafness, mental confusion, and even coma and death when severely exposed. Those infants with fetal exposure suffered severe mental retardation, seizure disorders, and other severe symptoms.

Methylmercury can be measured in the blood to determine an acute exposure and in scalp hair to determine long-term exposure. Both types of exposure have important clinical significance.

The company that discharged the mercury into the bay continued to do so from 1932 when it began acetaldehyde production until 1968. Why did it take so long to detect and desist from this environmental intoxication? Perhaps it took a while for the food chain to become highly contaminated. Of course, the scientific detection and assessment process took a while too. Probably equally significant, if not more so, was the fact that the chemical plant company and its employees accounted for over half the tax base for the city of Minamata. Once again Foucault’s observation that power and knowledge are closely interdigitated is manifested in this fashion. This is, not surprisingly, a recurrent motif in the history of environmental toxins. Other sites of study of mercury poisoning vary from Iraq to New Zealand and the  Seychelles Islands, so it can appear anywhere on this planet with serious consequences especially when reluctance to address the problem prolongs exposure.

Toxicity near and far

Even low dose mercury toxicity can be harmful to human health in a variety of ways: enhanced free radical stress, reduced glutathione levels, increase in apolipoprotein E g4 genotype expression, promotion of neurofibrillary tangles and altered immune sensitivity. It has been implicated in contributing to autism, Alzheimer’s disease, Parkinsonism, and even lupus erythematosus, an autoimmune disease that may have neurologic involvement. Mercury toxicity has been reported as an occupational risk to dental staff, goldminers, and chloralkali factory workers. My father, a dentist, developed neurological symptoms of mercury poisoning after handling many dental amalgams, so I have some firsthand experience with its danger. Even in remote parts of the world like the Amazonian basin evidence of neurotoxic levels of methyl mercury contamination has been observed. Testing adults in a remote village on the Tapajos River, investigators found that loss of manual dexterity and visual contrast acuity correlated with mercury levels even in a range considered non-toxic. 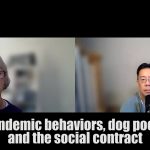 How physicians can restore themselves on vacation 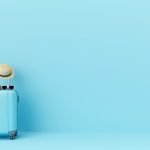