How did we Americans allow health insurers to dictate how physicians practice good medicine? The hypocritic oath says, “Do no harm.” We should not allow insurance company profits to prevent proper care for patients.

Our insurer is now telling our young adult son, a Crohn’s patient (Crohn’s is not yet a curable disease), who has been in remission since he began taking Remicade over 11 years ago to switch to a biosimilar drug that offers no guarantees or even promises that he will remain stable in remission.

Remicade has tens of thousands of atoms and is composed of 597 amino acids. There can’t be generics when it comes to large molecule biologic drugs. Biosimilars are “similar,” but they can’t be interchangeable like generic drugs.

Our son is not alone.

There are millions of Crohn’s patients. There are tens of millions of rheumatoid arthritis, ulcerative colitis, and psoriatic arthritis patients also on Remicade and other biologics like Humira in the United States.

Our son’s disease was so severe when just graduating high school that he said eating food felt like he was eating ground glass. His lesions were from his throat through his intestines to his anus. Living like that was a nightmare. Finally diagnosed correctly, he was put on other treatments that didn’t work but then ultimately before he left for college, his physician at the time recommended he have Remicade infusions every eight weeks. Since he began these two-hour infusions, he had yet to miss a day of school or now a day of work. He functions as a regular young man. He has a life.

Some Crohn’s patients, like former U.S. president Dwight Eisenhower or news anchor Cynthia McFadden or NFL Quarterback David Garrard, have had major abdominal surgeries removing sections of their intestines. Some Crohn’s patients can’t poop like the rest of us, literally having their bowels cut out they may be forced to defecate into a plastic bag (colostomy) attached to their abdomen for the rest of their seriously altered lives.

After Remicade was approved for Crohn’s, it was also approved for a number of other auto-immune diseases like rheumatoid arthritis, psoriatic arthritis, plaque psoriasis, ulcerative col ankylosing spondylitis.

Even some other biological cancer drugs are being dropped from health insurers’ formularies, and patients are being told that their life-saving drugs will no longer be covered.
What a travesty.

The FDA law was amended in 2010 to fast-track biosimilars with a blanket permission if they just show that they are similar to an already approved drug. That’s certainly not like the regular testing that the FDA is otherwise obliged to conduct before a new medicine is allowed to come to market in the USA, which can take years to approve.

The insurer earned over 140 billion dollars in 2020 and is projecting to earn $165 billion this year. How much more money do they want to save, altering the lives of stable patients?

We understand that drugs are expensive, and we understand that for new patients, perhaps biosimilars are appropriate. But why take a patient already established and in remission on a successful drug and make them take another drug that cannot guarantee they will remain in remission and have a normal life?

If the biosimilar switch fails, it is unlikely that a patient can be switched back to his previously successful drug as new antibodies will reject the former drug.

Patients who had been successful on their original biologic will likely face a future that can include major surgical removals of sections of their intestines and a lifetime attached to a colostomy bag to collect their fecal waste. And all major surgeries, especially ones that could have been avoided, carry the risk of death.

As concerned citizens, do any of us want to see our fellow Americans take such health care risks to make insurers more money?

We, along with his gastroenterologist specialist, are fighting tooth and nail. His physician is exhausting the appeals process that is so one-sided that it’s near criminal.

How do we allow this insurance malfeasance to go unchecked?

Thousands of high-paid attorneys are at the beck and call of insurers.

Only your voices can help keep the insurance companies from forcing bad medicine.

The right to appeal the denial of benefits of the drug that has worked so well sounds good until you realize that appeals and denials equal long delays. Not infrequently, these delays cost patients lives.

What happens when a life is lost, and the victims’ families sue? Unlike suing a doctor for malpractice, the insurers all hide behind a series of ERISA cloaks and defenses, and they pretend, and the courts go along with their argument that the insurers are not practicing medicine, just saving costs. We know that Health Insurers are forcing bad medical choices at the patient’s harm.

Most of the biosimilars have been marketed at only about a 15 percent discount from the original biologic drug. In fact, since almost all the health insurers now own a pharmacy benefit manager company and all negotiate deals with the drug manufacturers, with rebates and kickbacks, shamefully a practice legal in the insurance industry, the cost for the original successful drug can often be even lower than the biosimilar.

Sometimes biosimilars might even be more expensive than the bio-original. But insurers are still forcing the switch. Fail-first practices are in place and difficult to justify, all the while the Insurers are keeping their rebates and kickbacks trade secrets.

The insurance industry is ever-creative, first evolving from what may have been sound pre-certification rules to the massive roadblocks that are procedure generated — killing enough insureds until case law reined in some of the deadliest practices and then coming up more recently with fail-first that the industry quickly renamed to a far more appealing term called step-therapy. Insurance industry marketing genius at its best.

Health insurance companies are changing formularies regularly and disallowing certain drugs from being paid. Is yours one of them?

Together, we hope to stop them from this hideous medical “malpractice.”

If you Google Reddit and type in “Crohn’s,” you can read some horrendous accounts and see for yourself what this disease is like. 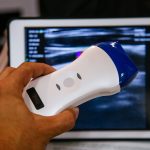 How did we let insurers run health care?
7 comments