How do you learn to deliver the worst news anyone will ever hear?

And equally important, how do you find the resilience to go on when difficult conversations don’t go well?

My profession for the past 15 years has been to train the next generation of physicians as an inpatient clinician-educator. A key piece of my work revolves around communication with patients and their families. On each new resident team, I coach, role-play and talk through worst-case scenarios. Ultimately, I trust my resident to take the lead and that I’ve done my best to share my skill. I can step in if necessary but wait, with expectation, for the conversations to unfold.

The elderly father has been dying for more than a year, resulting in repeated hospitalizations, progressive weight loss, aspiration, and a painful sacral ulcer. Despite a clear loss of cognition, he still has moments of lucidity — the old smile, the same wit. These moments have become few and farther apart.

His adult children are struggling. They stop by the hospital after most of the medical team has left for the day. The children leave messages of love on their father’s whiteboard and bags of dark chocolate squares at his bedside. Their father stops eating. IR places a tube, and tube feeds are started.

My resident and I take over his care on Day 10 of the hospitalization. It’s clear that the conversations that will follow will be remembered by this family forever. My resident should have the chance to initiate them.

In medical school, I participated in a “giving bad news” exercise where I role-played an intern who took over the clinic of a trusted former resident. This was a simulation with a clinic patient (played by a standardized patient (SP)). The SP had a prior diagnosis of localized cancer, had undergone grueling therapy, and the cancer had been beaten years since. The SP now returned with back pain. After discussion with my clinic preceptor, I had ordered a bone scan. That preceptor was now MIA and I was left alone with the patient in the clinic room to break the bad news of the scan. This encounter was videotaped; an educational preceptor watched through the two-way mirror. I was stilted, awkward.

The SPs were convincing. Many were cancer survivors. A few were retired physicians. The SPs had gone through extensive training on how to simulate an actual patient. They also meticulously captured what each student did well, what was awkward, and what would have gone horribly wrong in actual practice. Both students and SPs were crying by the end of the exercise.

In an internal medicine residency, the second-year resident, having completed the formative chaos of internship year, gets the first crack at running the team’s difficult discussions. Attendings would coach, role-play, talk through worst-case scenarios but only interceded if asked to help or if a patient/family was abusive. This work structure was designed to build each resident’s confidence at having these conversations.

Not all conversations went well. An elderly woman was clearly suffering from a terminal painful autoimmune illness. Her skin was so fragile that it ripped off in large bloody patches whenever the nurses gently tried to move her.

Her son was lean, determined, his long gray ponytail twitching as he fidgeted at the edge of his chair in the family room. When the son left his chair, and began to pace, fists clenched, I felt the blood drain from my face but kept talking about palliation. The social worker sitting near me later shared she had been prepared to throw herself in front of me if the son had become physical. The son promptly moved her to the local Catholic hospital – sharing his curt expectation that there wouldn’t be any further nonsensical conversations about ‘focusing on comfort’ at that hospital. I drove home crying with worry for the mother and disappointment that I hadn’t asked for help sooner.

After completing fellowship, I became medical school faculty. The “giving bad news” exercise is identical. I’m now the educational preceptor who perches on the edge of my chair, earphones on, huddled next to other faculty in the dark. I take disjointed notes – “odd intro,” “too familiar,” “Oh no, she’s quoting survival statistics.” Often, a student will fall back on asking open-ended questions, “So, what do you think is causing your back pain?” before mercifully getting to the task at hand.

I give feedback, striving to be constructive and encouraging but also to signal (gently) when the interaction was awful. I ask the (awful) student to watch the video, reflect and think how his posture may have come across as disengaged as if he were watching a low-scoring football game. I would not want any of these students to be breaking my own bad news.

The father develops low-grade fevers and minimal elevations in his white blood cell count. My resident explains to the family that it’s probably related to aspiration from the tube feeds. The family asks if their father can be weighed to see how the tube feeds are helping. It’s clear that despite my resident’s very best efforts, the family does not see the bigger picture. My resident asks for help.

I join the conversations. After a weekend of daily phone calls, we convince the entire family to travel to see the father. They agree to DNR/DNI.

My resident later texts me. The children had spoken with their father, asking, “You want to live, right, Dad?” and the father had answered, “Yes.” They were changing their father back to “full code.”

My resident wants to call the family for his own peace of mind, saying, “I can’t imagine coding this poor man.” I agree, but also know there will be no changing this family’s mind. I remind my resident that we did our best for our patient and this family.

This difficult conversation will stand out to my resident, as it will for me, specifically because it did not go as hoped. He will be a better physician and teacher for it.

Practice builds empathy, skills, and the necessary resilience when, despite your best effort, the conversation doesn’t go the way you’d hoped. The conversations that go wrong, that feel bad, that still hurt, even years out, grow our humanity and make us better educators and clinicians. We find resilience in each other, in our community, the residents in me and me in my residents.

Not all trainees will choose careers that bring them up-close each week to raw, difficult, gut-wrenching bad news. All, however, must find sure footing when having difficult discussions. The bad news may not be a terminal diagnosis but will still be a loss, a scar, the inoperable.

We can never be the doctor every patient and family needs at every moment. But with respect to the craft of training physicians, we can rest assured, the doctors we’ve trained will have the necessary skills.

Cynthia Cooper is a hospitalist.

Doctors are humans, not heroes [PODCAST] 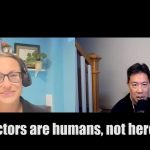 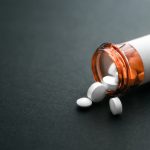