Decades of job loss, the opioid crisis, and the current pandemic have all shaken the already tenuous health care system of rural America. This is happening in the wealthiest nation on Earth, with a GDP of over 20 trillion dollars. Why is this happening? And how can the medical education system better prepare future physicians to meet rural patients’ needs?

Despite our country’s abundance of wealth, crushing poverty exists out of sight from most Americans. People living in cities are often familiar with the sight of urban poverty and homelessness, even if these issues do not personally impact them. Rural poverty, a key issue facing millions of Americans, remains comparatively hidden. In the past two decades, U.S. medical education has increasingly prioritized teaching how social conditions affect health care outcomes. Therefore, it is essential that rural poverty be prioritized as a key part of these conversations.

Looking at a map, rural America is hard to miss – it accounts for at least 75% of land area and almost two-thirds of U.S. counties. These 3 million square miles are home to roughly 50 million people (at least 15-20% of the population). As any country dweller can attest, there are many positives to rural life. Easy access to nature, decreased/absent traffic, and relatively low cost of living to name a few. Despite this, decades of data point to substantial economic hardship and widespread health disparities affecting rural residents.

Rural Americans are more likely to suffer from poverty, unemployment, and serious disability. The U.S. Census Bureau found that rural poverty rates have exceeded metro poverty rates every year since 1959. Rural residents tend to be older and thus require more treatment. Compared to metro counties, rural counties are twice as likely to contain highly concentrated poverty, with poverty rates of at least 20%. In these high poverty counties (HPCs), there are thousands of families who live without basic necessities, even running water and effective sanitation. Economic and social inequities translate into health inequities, which compounds the issues rural communities face and diminishes health care outcomes. Since 1999, the percent of the rural poor living in HPCs has almost tripled, and numerous hospitals have closed. Rural health care is in crisis, with diminished public knowledge relative to the scale of the struggles faced.

It is hard to describe the rural health crisis without a litany of shocking statistics. Although 15-20% of the U.S. population, rural residents suffer at least 60% of all trauma deaths. Less than half of rural counties have hospitals with obstetric services, and rural hospitals have been closing across the country for decades. The number of practicing rural physicians is actively declining, even with a growing overall rural population.  It is expected that there will be a quarter fewer active rural physicians in 2030 as the older generation retires. Too few young doctors are pursuing careers in rural medicine, and the number of medical students from rural backgrounds declined by 28% between 2002 and 2017.

It is important to remember that disparity does not define the experience of all rural people – many communities are doing well. From small towns, sprawling farms, and Native reservations, rural America is as complex and diverse as the rest of the country. The Census Bureau’s Supplemental Poverty Measure (SPM) indicates that low housing costs mitigate the cost of rural poverty when compared to its urban counterpart. However, there is no denying the serious lack of resources and health care burden shouldered by rural residents.

The ongoing rural crisis is well documented and is the subject of increased media attention, as well as academic and popular literature. Yet for many, rural issues remain outside of mainstream consciousness. Worse, some people from metro counties disparage and stereotype rural areas. In light of ongoing problems, it is no wonder that many rural residents feel as though they are forgotten by the rest of country.

Health care providers have a responsibility to evaluate how inequity determines medical outcomes. Physicians have a key role in fixing the ways in which medicine fails to meet the needs of the most vulnerable. Medical schools are increasingly incorporating inequity-focused material as part of their curriculum through considerate overviews of social determinants of health. For future physicians, these classes provide an opportunity to better serve individuals from historically neglected backgrounds. However, if these lessons do not inform about rural health care inequities, then they are failing in their mission. Institutions that genuinely value health equity must work to explain the insufficiency in rural health resources when compared to those of the larger public.

Despite these efforts, most educational institutions can do more. Adopting rural tracks and recruiting rural students are two evidence-based ways to recruit rural doctors, yet only 43 of 180+ U.S. medical schools offer RTs (according to the AAMC). The strongest predictor of future rural medical practice is having a rural background; yet only 4.3% of all medical school matriculants in 2017 were from a rural county.

The rural health care crisis is one of the greatest challenges facing the United States. Addressing this issue requires a country-wide effort, and awareness initiatives only go so far. Physicians have a key responsibility in addressing this problem, and prioritizing rural health in medical education is an essential starting point for encouraging future change.

Statistics on rural poverty and demographic data taken from Rural Poverty in the United States (2017) by Sherman Tickamyer and J. Warlick. 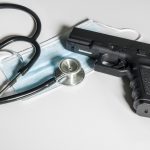 #ThisIsOurShot to end the pandemic [PODCAST] 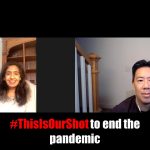