During these early weeks of COVID-19 vaccine distribution, the response across the country has been, well, odd. Unlike any other vaccine that’s been administered, the reactions to this one have ranged from elation to envy to fear to anger.

On December 14, 2020, Sandra Lindsey, a nurse in a hospital in Queens, New York, was the first American to receive the vaccine. At least for a day or two, she became a household name and face. That same week, vaccines were rolled out to health care workers in all 50 states. Many hospitals have had disorganized queues, with stories of some jumping the line well before it was truly their turn. Word that hospital administrators who either work in offices or work from home were receiving the vaccine before emergency room personnel was met with rightful ire.

Big donors have offered some serious cash to physicians so they could be given a vaccine well before their tier. And apparently, hospitals have independently invited big donors to quietly jump their own lines. Other hospital systems devised such a meticulous roll-out based on each individual’s risk profile, that a matter of a few-minute interval between one clinician and the other on the invitation queue seemed to be based on some clandestine hierarchy of risk stratification.

But this also seemed to have consequences: “I’m exposed to high-risk aerosol-generating procedures, so why did he get the invitation for the vaccine before I did? Can I re-do my risk profile questionnaire?” Colleagues were literally refreshing hospital emails every several minutes waiting for their invitation. And if it came even an hour or two after another’s, the system was clearly deemed “unfair.” It became a status symbol: “Did you get your invitation?” was a daily question thrown around the hospital as if it were rush week for fraternities and sororities. The looks of pride and dejection, even through layers of PPE, were remarkable. Those who got their invitations before others tried to refrain from strutting their feathers, offering words of encouragement to their uninvited friends: “Don’t worry. You’ll get it. Be patient.” “That’s easy for you to say!”

If only that were the worst of it.

Within ten days following that first media-worthy vaccination, nearly every health care worker who worked in a hospital had access to a vaccine. But even four weeks in, only 60 percent of those health care workers have signed up to get it. And if health care workers, who have been in the trenches of COVID infections all day every day aren’t going to get this vaccine, we have a big problem. Suspicions of government agencies and conspiracy theories of microchip implantation know no bounds. Many feel that health care workers refusing the vaccine is selfish and irresponsible. Foregoing access to something that will prevent this illness, very likely prevent spread and prevent death, yet subject patients and co-workers to coronavirus infections, can be considered reckless.

Health care professionals who did get the vaccine took to promoting their experience on social media by posting vaccine selfies, with thumbs up, biceps flexed, smiles somehow visible behind masks, and close-ups of needles piercing the skin. Many described feelings of hope and relief, knowing that they would soon be just a bit less terrified of going to work every day. They also expressed hope that this was the beginning of the end of this horror for everyone.

And then came the responses. “Great. You got one. But when do I get mine?” from folks who have just returned from trips to Hawaii or Cabo, now planning their Spring break trip to a spa. Or: “I’m not rushing into that. There’s not enough data. I don’t know the side effects,” after 11 months of horrific data, where we do know the side effects of this evil disease. As vaccines were more recently rolled out to health care workers who are not affiliated with hospitals, those selfies were met with even more anger and envious sentiments.

“How did you get yours?” was a Facebook comment to a registered dietitian, who proudly sported her post-vaccine band-aid. “I’m in health care,” was her accurate response. Apparently, the commenter was not satisfied: “But do you really see patients?”

An EMT student, even though young, got her shot, because she is training in ambulances and has direct patient contact. Responses to her selfie were met with such rage and jealousy; you’d have thought she had robbed a bank. Or stolen your vaccine. But here’s the thing: in time, all who want a vaccine will have easier and easier access to get one. We have been seeing such loss, pain, death, and sadness for nearly a year. A few more weeks (or months) pales in comparison to what we’ve been living (or dying) through. Just wait a little longer. The sign-ups are clunky, to say the least. The systems are flawed, to say the least. Let that be our biggest problem. This will get better. Frankly, I am heartened that so many individuals want this vaccine. I much prefer that to folks turning it down, which is a sad reality already.

But remember, every vaccinated person is a step towards the world veering back to some kind of normal. Every. Vaccinated. Person. Don’t be angry with them. You’ll get one, too. There is only one appropriate response to a vaccine selfie, even if you’re angry, feeling it’s unfair that it’s not you: “I’m thrilled for you. I’m thrilled for all of us.”

The ideal elective surgery during a pandemic 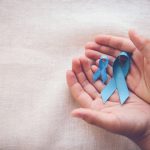 In the midst of our COVID crisis, we must learn to take care of ourselves. And each other.