A year ago, if you had asked me if most doctors respected their patients’ wishes, I would have answered with a resounding yes. If you had asked me if medicine had divorced its paternalistic roots when physicians trampled over ideals like patient autonomy and non-malfeasance, I would have said yes. But that was last year, and in this new world of COVID, panic, hysteria, and ever-present claims of just “following the science,” as if it is the second coming of Jesus, I no longer can say these things. A 2012 review published in the AMA Journal of Ethics argued that modern medical practice methods had shifted from paternalistic to respect for patient autonomy. I have spent six years going through my MD-PhD training, where I have received sermons about how “sacred” the Hippocratic oath is, how patient “autonomy” is paramount. But in today’s day and age, “science” is bandied about like the latest diet fad or catch-all religion, and deniers are the cavemen of yesteryear. “Science” is now used to justify reprehensible and frankly ridiculous, non-evidence-based actions by politicians and physicians alike. Established and validated hierarchies for data quality have been thrown out with the proverbial bathwater, and policies surrounding medical care now violate the very core principles every physician swore to uphold. If you want proof of this, look at labor and delivery rooms across America.

I would argue that the two single most intimate moments in life occur when one enters this world and when one leaves it. No other events have the same weight, finality, or are as lasting as birth and death. These two experiences used to be treated with a sense of dignity and respect. There was humanity in them. At least there was before these “unprecedented” times since there has never been a global disease killing millions annually before. Now the “standard of care” is the use of restrictive hospital policies that prevent parents from being present for the birth of their children and for caring for them in the hospital.  At the other end of the spectrum, you do not even have to dig for evidence. Almost every COVID patient dying in the hospital will die alone. Their final moments will not be shared with the family. Rather, their suffering will be broadcast on an unencrypted zoom call for the world to see. A zoom call hosted from an iPad on a stick held through the door, just waiting for another zoom bomb episode. No holding of hands and coming together for support. Instead, the family is denied their choice and forced to wait for the prehistoric hospital Wi-Fi network to “buffer.” That is the best-case situation. Maybe something comes up, and you do not find out until the hospital finds the time to call.

I will acknowledge that most of these policies probably had no input from actual human beings like physicians or nurses. But every physician and nurse are complicit in them. You have allowed them to exist; you have not protested them; you have not fought them. And will bear the consequences of it, not the soulless administrators who devised them. And that is probably going to be the undoing of a good 100 years of hard work to earn the community’s trust. I know you all are heroes, working your butts off in ungodly conditions. I see the fear on your face, I see how hard you work, I see the good you do. But those families who you ripped apart? They will not see that. Those parents, they will not see that. I am going to be you, and if you did that to me, I would not see the good in you. All they will see is a patriarchal doctor who tore a hole in their lives, prevented the closure, the bonding, the healing they desperately needed. You used your position of power to literally rip parents away from their infants, to prevent working parents from ever seeing their children again. I might add that these policies are not even based on sound scientific reasoning and evidence. There has never been one randomized controlled trial showing that imprisoning dying patients saves lives and improves outcomes. I looked. There is not a single one.

These are moments that are seared into a person’s psyche for life. I understand there are significant risks involved, but these are decisions that the patient has the right to make, not you. We frequently allow patients to refuse lifesaving therapy, refuse to be vaccinated, and take whatever risks they want. We allow adults to make poor choices, and we also allow parents to make poor choices for their children. Why is this choice different? Is it because you are afraid of an inanimate object called SARS-CoV2? Have you let that fear steal your humanity? Are you trying to be vindictive against a society that you feel has ignored your recommendations? I do not know.

Why now does the medical community get to decide that this one choice is beyond any patient’s capacity to make? Primum non nocere, First do no harm. Solitary confinement is widely considered to be a form of torture. I ask you, healers. Did you do any harm when you forced a patient to die in solitary confinement? Was that your choice to make? Or did you decide for them? I am not you; I cannot answer those questions for you. But I am sitting on the outside, reading the data, and weighing the quality. I am seeing your actions and hearing the stories. And from where I sit, I cannot help but feel I have just seen the death of patient autonomy and the phoenix-like rise of medical paternalism. I hope I am wrong, but the evidence says otherwise.

Garrett Jensen is a medical student.

Misinformation is endemic in our society, but it is not a new problem 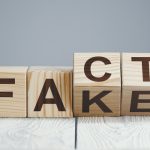 This physician is retiring. Here's his most valuable lesson.

COVID, paternalism, and the death of patient autonomy
1 comments