I did a peer review once of an office note about an elderly man with a low-grade fever. The past medical history was all there, several prior laboratory and imaging tests were imported, and there was a long narrative section that blended active medical problems and ongoing specialist relationships. There was also a lengthy review of systems under its own heading.

In an over ten-page long printout, the final diagnosis was “urinary tract infection,” and the man was prescribed antibiotics.

This final diagnosis seemed to come out of left field. I didn’t recall reading anything about urinary symptoms, urinalysis, an abdominal exam, or pain on percussion over the back.

I had to read the note again twice. Finally, I found mention of increased urinary dribbling in the sentence that stated that the patient was seeing a urologist for his enlarged prostate. There was the same day urinalysis mixed in with almost a dozen other, previously done lab tests for things that in no way had any bearing on body temperature. And the physical exam was exhaustive, including items that in no way could relate to why an elderly man might have a fever.

My task as a reviewer included answering the question of whether the chief complaint, review of systems, physical exam, tests ordered, assessment and plan were all consistent. I gave the note a passing grade with a scathing comment about how hard it was to follow my colleague’s line of thinking in diagnosing the patient’s problem because of all the irrelevant data that was included.

After reviewing this one office note, my brain was exhausted. I had not expected the chart review to be so much more like Where’s Waldo than Who Dunnit.

Spot the Difference: How to monitor trends and find the abnormal among the normal

I’ve said it before, much of what we do in medicine is triaging. We run down symptom checklists, and we run our fingers over lymph nodes; we scan lab reports and run our eyes over dozens of moles on people’s backs; we look at growth charts for consistency and medication lists for inconsistencies. Our job is to find the abnormal among everything that is normal. Sometimes an apparent abnormality is a persistent and normal “baseline” for one particular patient. To do the best job possible with this, we shouldn’t have to rely on memory alone. We need our EMRs to display information in a way that makes our job easier and reduces the risk of errors. The ability to quickly generate graphs or flowsheets for lab results is crucial because of the volume of tests we have to review, or triage, actually.

We still use warfarin, even though the $400/month never anticoagulants don’t require blood test monitoring and dose adjustments because of interfering medications or foods. Not all EMRs display historical INR values and dose changes well; I have some colleagues who will look at only one INR value and change their patient’s warfarin dose. Sometimes their typical increase or decrease will create the same overcorrected result again and again because the EMR doesn’t provide the same overview as the old paper flowsheets.

Whack-a-Mole: Just when you think you’ve solved one problem, another pops up

This is the most clinical and most deeply frustrating child’s game we have to play in medicine. One leg ulcer heals, and another one develops. One COPD or heart failure exacerbation successfully treated, and the patient gets sick again. One cancer seems beaten, and another tumor develops.

The other games we find ourselves playing are annoying obstacles created by health care workers or systems. But Whack-a-Mole is the modus operandi of the many human diseases we battle. And unlike the other two “games,” this is one we must accept and not take personally when we don’t win. And because this is a game with sometimes devastating consequences, I take absolutely no pleasure in the child’s play version, although I did enjoy playing both Where’s Waldo and What’s the Difference when my children were young. 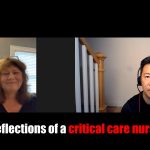 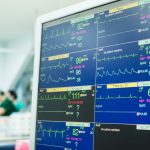