In May 2018, I stood in disbelief as I learned that two of my colleagues took their own lives in a single week. I had only recently come to accept my own struggle with mental illness, and I understood how isolating the battle could be. I grieved for them, for their families. But I also wondered at how a culture of concealing mental health disorders among medical trainees may have contributed to their suffering.

Mental illness is widespread among medical trainees, with as many as one in three experiencing depression and up to one out of every nine contemplating suicide. Despite the grim statistics, we have progressed light-years in the way that we approach mental health with our trainees. Wellness initiatives have popped up in nearly every medical school and residency. Work hour restrictions and access to mental health services are now mandatory. However, well-intentioned and undeniably effective as these interventions have been, they are not enough. We must treat mental health disorders not as weaknesses or personal failures, but rather as common experiences that can be palliated through empathy. It is not until we hear the stories of those who have been so affected, that we can begin to relieve the burden from those suffering.

It is in this spirit that I share my story.

Growing up, I was the picture of mental health. Like so many destined to a career in medicine, I had skated through high school and college with a nearly unblemished academic record. I expected (and nearly always achieved) perfection. I applied to the most prestigious medical schools and enrolled at the institution of my dreams. But it wasn’t long before I learned that the very personality traits that led me to be successful in my pre-med life could be liabilities in medical school. I struggled with the sheer volume of material to which I was exposed, unable to rest until I had committed it all to memory. If studying in medical school is like trying to drink water from a firehose, I was drowning.

Despite the rigorous study schedule, I thought I was keeping up with my self-care. I attended parties, exercised, and even was romantically involved. But whether it was the late nights of studying, the near-toxic levels of caffeine coursing through my blood, or the tenuousness of my social standing, it all came crashing to a halt. Adrenalin-filled after playing football with friends, I was walking back to my apartment to study for our upcoming exam when I felt a sudden panic take hold of me. My chest tightened, my breathing grew fast and shallow, and my heart threatened to pound straight out of my ribcage. My mind raced as I lay down in a cold sweat, feeling like my head was about to explode. I experienced, for the first time, the aptly named “sense of impending doom.” There was only one thing certain in my mind: I was going to die.

After the ambulance drove away, having assured me my vitals were stable, and I was, in fact, not going to die, I finally understood: I had experienced my first panic attack. While I will never forget the feeling of absolute terror that overcame me that day, it was the days, weeks, and months that followed that would be the most difficult. I lived in a state of constant fear – fear of experiencing another panic attack and fear of this new pathology being exposed to my peers or my professors. I came up with increasingly pathetic excuses for why I couldn’t socialize with friends. I skipped lectures and rushed through exams so that I would not be trapped inside windowless classrooms a second too many. I was so ashamed. I thought that I was weak. I thought that I was alone.

Despite a break from classes over the summer and liberal use of benzodiazepines, I continued to struggle. I was so unhappy and couldn’t see a way out. If this was what the first year of medical school would be like, how would I make it through another three, let alone complete residency?

Six months later, at the behest of my parents and the nurse at student health, I finally agreed to see a psychiatrist. After a few sessions and despite my initial hesitation, I started on an SSRI. At the time, I worried this was a concession of weakness and that my reliance on medication would be a liability. But it wasn’t long before I realized I had made the right choice. I could be myself again. I wasn’t afraid to join my friends on the basketball court or to get “pimped” during rounds, major triumphs over the fear that had crippled me just a few months earlier.

I knew residency would pose a constant threat to my mental health. With an inconceivably steep learning curve that quite literally would place patients’ lives in my hands on Day 1, the stakes would never be higher. I made the decision that, no matter how well I felt, I would continue the SSRI throughout residency. My anxiety no longer felt like a handicap nor the medication like a crutch. They were a part of me and a part of my experience.

In the years intervening that first panic attack, and today, I shared my story with many friends and colleagues. I came to realize that even those who, like me prior to that fateful day, seemed the picture of mental health had their own stories to tell. Most would never require therapy or medication, but no matter how trivial they viewed their symptoms, I could always catch a hint of the same destructive self-talk that plagued me early on: “I am weak. I am alone.”

What happens if you are both too rich and too poor for health insurance? 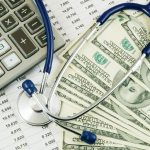 Why are COVID antibody tests of questionable relevance being marketed to the public?