Health care workers need to start talking about white people killing black people, and here’s why: every victim of racial violence will be seen by a health care professional at or near the time of the event. We in the health care community are often the first people called to the aftermath of these crimes, and yet we are not speaking out.

I am a neurosurgeon. I work largely in Nassau County, New York: a region that is 74 percent white and 13 percent black. In the fall of 2014, a twenty-three years old black man was brought into the ER at the county hospital I used to work at. He had been drinking. He had a rap sheet and had been running from the police. He had a large hemorrhage in his brain, which could only have occurred from a large blow to the head and required surgery.

I was a new attending seeing trauma patients all the time, and I didn’t give much thought to my patient’s story on arrival. My concern was getting him through surgery safely. But as we wheeled him into the OR, he woke up from his stupor enough to yell, “Hey! Why are you doing this?? I already HAD this surgery!” I stopped to look back again through his records and began to feel sick as I realized he was disabled from a prior head injury.

This young man had had a similar surgery the preceding year after being assaulted in a parking lot. I know nothing about the circumstances around that first event. What I do know, is that after that original surgery in 2013, he was weak on the left side of his body. That means that during his police chase in 2014 and whatever violence followed, my patient was not equally matched with the police. He did not have nearly the strength on his left side to pose a real physical threat to a full-strength police officer. I also know that this patient was the only patient I have taken care of where the police hung outside the OR waiting to find out how he did. It is the only patient I have taken care of where the hospital CEO came down to my office to ask how the patient was doing. And when, many months later, my patient asked me to call his lawyer to relay this information, whatever criminal charges had been made against my patient magically disappeared. This case did not make the news, and when I asked my chief at that hospital how to handle the situation, he recommended I stay out of it. I did just that.

Almost all black people who fall victim to white brutality are seen by someone in the medical profession immediately following the incident. Why isn’t the medical community talking about how to handle these situations? Health care workers are there even when there is no camera or iPhone to record events. We have mandates and simple mechanisms for discreetly reporting victims of child abuse, domestic violence, and elder abuse, yet we have no obligation to protect victims of racial violence. I could have demanded to know more about the events of that night. I could have raised questions about my patient’s ability to pose a threat. Instead, I just did my job, a job I am privileged to “just do” because I am white. I will never know what really happened that night because I did not ask hard questions or advocate for my patient; I did not think that was part of my role. But my patient had no memory of the event and could not advocate for himself. The only version of what happened was and will always be the police version.

I am a white female neurosurgeon. My six-year-old daughter is black. Before adopting my daughter, I rarely thought about my skin color or the privileges it conferred me. Now, I think about it every single day. I am afraid for my daughter and her safety. New York is not a safe place to be black. The United States is not a safe place to be black. I should have known that before I adopted her, but part of white privilege is not realizing there is anything to worry about. Part of white privilege is not knowing, and not-knowing made me confidant I could parent a black child the same way I could parent a white child; because I had lived my entire life ignorant of all the reasons it is terrifying to be black in America.

The fact that it took having a black child for me to realize “staying out of it” at work was problematic is embarrassing and shameful. But we are taught in medicine to be “color-blind.” We do not talk about the ways in which we can act. We do not discuss the fact that sometimes, by attempting to work objectively, we as health care workers are further enabling the systemic racism in health care that is becoming progressively more obvious in this pandemic.

Violence perpetrated against black people occurs every single day in America, but most of these events will not make the news. Yet nearly every victim will be seen by someone in health care. These black individuals will be seen by an EMS responder or an ER doctor or maybe even a surgeon, and there needs to be clarity within the medical community on how to handle these events. We in the health care professions have a role to play in protecting the lives of black Americans. I do not know how to end the violence. But we really need to start talking about it.

Elizabeth Fontana is a neurosurgeon. 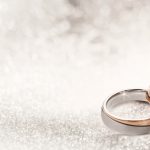