We worked tirelessly attempting to resuscitate this mother of five for almost an hour. Her husband was called, and he notified us that he would be there shortly. In the end, our heroic measures were simply not enough. It is fearful to imagine being told your wife and mother to your five children is no longer alive on Mother’s Day. The uncertainty of what killed her is a tough pill for me to swallow.

She was 47 and had five kids. Like any medical professional, I rarely become emotionally attached to the patients I admit to the hospital, but this one hurt. I felt as though I had been her strongest advocate.

A healthy 47-year-old woman who ran at least three to four miles a day, six days a week, was taken to the Emergency Department on Mother’s Day and never left Room 14. Correction, she was briefly transported to the sonogram suite for her venous and arterial Dopplers as part of the workup I had ordered in search of an alternative etiology for her bizarre presentation.

On presentation, my patient was breathing fast, with low oxygen levels and a fast heart rate. The coronavirus test returned negative, but the radiographic and laboratory findings did point towards COVID-19.  In addition, the result of a lab test that coincides with blood clots was tremendously elevated. A CT scan of her chest revealed bone lesions suggestive of a spread of a primary cancer to the bone.

She was healthy for Christ’s sake and a runner! After a thorough history workup and physical, I stood tall and informed her of the radiographic finding of the bone lesions and its suggestive nature. I circled back to my review of systems and was notified of a breast lesion found a few months prior that was currently being surveilled with mammography, the next one due to be done in a mere six weeks. Her only symptoms were back pain, which made sense with the current bone involvement.

Hope–let’s call her Hope– had so many questions. The previous doctors had failed to mention the concerning radiographic findings to her. Her first question was: “Can it be cancer?” I was caught off guard. My retort was, “What led you there?” Was there something that had not been shared with me? I did my best to reassure and educate her at the same time.

I assumed Hope was neatly tucked away for the night, but boy, was I wrong! The first phone call came to inform me that there was swelling to the right upper extremity, likely related to the arterial blood gas. John (not his real name) suggested adding on a Doppler to my current workup. An hour later, the second call came from Mary (also not a real name): The patient was now extremely short of breath after returning from an ultrasound. Apparently, Hope was now working extremely hard to breathe.  To recap, Hope had had a critical care evaluation, but was deemed stable for the hospitalist service. Might it be time for another evaluation by the intensivists? She did not look good, and I grew concerned.

So many thoughts and emotions ran through my mind. Should I call the intensivists again? How much of a sales pitch will I need to convince them in the era of COVID-19 that she was worthy of a highly coveted ICU bed? Her oxygen saturation was maintaining on the supplemental oxygen, but for how much longer? Was she overloaded with fluid? No. Her lungs were clear, and her saturation was fine, so let’s hold off on the Lasix. Buy time. Think and buy time. Let’s try 2 mgs of morphine. “Hope, I’d like for you to take slow deep breaths.” She did not look good. How long can she possibly last at this rate? Change of heart. Let’s try the Lasix, but first, recycle her blood pressure. Hope is now transiently hypotensive. There goes Lasix. This buys her a spot in the ICU. Or so, I thought … But things escalated at a blistering pace. Life is truly fleeting. I presented Hope’s case to the critical care team, who agreed to do a re-evaluation. A repeat blood gas was requested. Though essential in theory, I had my reservations in light of the profound edema/contusion/phlebitis of both upper extremities where previous arterial sticks had been done.

The critical care team informed me that Hope would be taken under their service. I felt relieved, but this feeling was short-lived. Five minutes later, I overhead the intercom bellow, “Anesthesia to the ER, stat!”.   Somehow, I knew it was Hope. I raced to the Emergency Department.  No point in waiting for a phone call or a follow up page for a rapid response or code blue.

My suspicions were right. Hope was profoundly short of breath and drenched in sweat. Her last words were an agonizing, “I can’t breathe” before going limp. My mind raced with more scenarios than I care to share. What could I have done differently? Did I give Hope my all? What did I miss? The test said no COVID-19, but everything told me that she had COVID-19! The tests also suggest that she did not have a clot in the lungs or the most likely source, the deep veins of her legs. Why is her D-dimer as high as it is?

We worked tirelessly attempting to resuscitate this mother of five for almost an hour. Her husband was called, and he notified us that he would be there shortly. In the end, our heroic measures were simply not enough. It is fearful to imagine being told your wife and mother to your five children is no longer alive on Mother’s Day. We may never know what truly caused Hope’s demise. Was it a large clot to the lungs? DIC?

Can COVID-19 be held responsible for the constellation of clinical mysteries that snuffed out the life of this young, otherwise healthy mother? We may never know. The uncertainty is a tough pill for me to swallow.

Alfred Hitchcock, COVID-19, and the MacGuffin 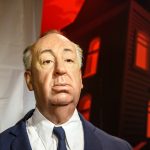 When learning medicine is not enough