I had known AR for eight days before she passed away.

AR’s medical record was littered with phrases all too familiar in the field of medicine: she had “poor insight into the severity of her disease” and was “insisting on all resuscitation measures despite poor prognosis.” But quite frankly, I could not blame her. She had been diagnosed with metastatic gastric cancer, bilateral Kruckenberg tumors and additional metastases throughout her abdominal wall only three months prior. She was also married to her middle school sweetheart and the mother of two young children.

I met AR only a few minutes after she was wheeled from the ICU to the oncology unit. Her cancer was slowly eating away at her from the inside and suffocating her digestive tract, physically blocking the ability of her stomach contents to empty into her intestines. The accumulating pool of undigested food and fluid inside of her had subsequently caused an aspiration pneumonia, intubation, concomitant kidney injury and a lengthy ICU stay. With her entire digestive system halted and malignant fluid filling her abdomen, her entire stomach protruded outward as a sign of exasperation.

I walked toward AR’s recliner chair with my hip-length medical student white coat and neatly slicked ponytail bobbing on the top of my head. Her visceral response to my presence and concomitant eye-rolling were strong enough to rattle the walls. But I tried to do my job. I politely introduced myself, to which she did not reply. Any questions I asked were interrupted with terse, one-worded replies. With a hesitant agreement to perform a physical exam, any type of maneuver I attempted had resulted in an immense amount of discomfort for her, as her bloated stomach was accompanied by tense edematous fluid filling in her arms and legs. AR sternly insisted that I cool it with the physical exam, as she knew I would not be the last to bother her this morning. So I did what I could, and I left her alone.

Over the next few days together, AR slowly began to warm up to my presence. She spoke about her involvement in the church near her home and the dozens of people who were praying for her. She was thinking a lot about her kids, who were just about to start 7th and 10th grade. Neither of them was well-informed of her deteriorating condition, and AR wanted nothing more than to recover for their sake.

AR had a tube in her nose which snaked its way down into her stomach, allowing an alternative path for any residual gastric buildup to flow through. While I cannot speak from personal experience, a few months on the hospital floors have taught me that these tubes were terribly uncomfortable. AR was not permitted to eat or even drink water with this device in her nose. Instead, her nutrients were provided by a slow trickle of fluids migrating from the clear bag hanging above her head into the IV stuck to her bloated arm.

While she freely discussed her life outside of her hospital room, AR did not want to talk about her dismal prognosis. Every attempt our general medicine team made to remove her nasal tube had ended with the re-accumulation of stomach contents and ultimate trial failure. Her stomach was still not draining properly due to her tumor burden, and to make things worse, her kidneys had been failing since her ICU stay. She was accumulating dangerously high levels of toxins that a healthy kidney would typically filter, and dialysis was no longer a viable option due to her poor oncologic prognosis.

Due to her rapidly deteriorating state, a hospice consult was placed. AR wanted nothing to do with the idea of comfort care. She felt herself grasping at straws, but those straws which had been previously there had now evaporated. AR looked directly at her husband and fought off the tears welling up in her sky-blue eyes. She did not want to die.

The next morning, I did not attempt to reposition her for a physical exam. Instead, I simply sat there with her. First, there was silence, and then there were words. Quietly, she told me that I could not give up on her. Because she was not giving up on herself.

As I sat at home that evening, I found myself persistently thinking about AR and decided to check on her chart. A note from the hospice care team time-stamped at 6:26 p.m. noted that AR had switched courses and decided to incorporate more comfort-driven measures with her care.

I immediately began thinking about what must have occurred for her to change her mind so quickly, and I found myself preparing the questions I would ask her. But I was never able to have that conversation because AR passed away that following day at 3:24 a.m.

Through the connections I had built with AR in her final days, I became increasingly aware of how strongly the interplay between humanism and knowledge coalesces into the art of practicing medicine.

Each day, physicians are tasked with treating countless complex acute and chronic conditions. While diagnostic work-up and medical exploration can become second nature with enough experience, I cannot see how witnessing the end of someone’s life can get any easier.

Everything I had learned from my interactions with AR will continue to follow me through my training and the rest of my career.

The connection between sickle cell disease and socioeconomics 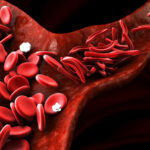 Take politics out of science and medicine 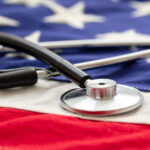