Philomena was the youngest child in a large Irish family. She grew up in a place called Kilquane, about ten miles from Dingle town in the Republic of Ireland. At about age three or four, she contracted measles, which settled in one eye, and that eye had to be surgically removed. That surgery was a botch job, and the artificial eye she was given never fit properly. All of this happened in the ’40s when anesthesia wasn’t so great either. So I was told anyway. It must have been torment for her. I know I found it painful to hear the story, even years after it happened.

My wife (now my ex) recalls an incident when she was only four or five years old and on her first visit to Ireland. She stayed with her paternal grandmother and met Philomena, the only time she was ever to meet the woman. Philomena was maybe in her early twenties then, and what Mary recalled about her was the glass eye that Mary, as a child did not understand, was a fake.

In the night, she would sneak into Phil’s room to have a look at it. She asked her mother later why or how Aunt Philomena could sleep with one eye open. Her mother never explained what was going on.

While Mary never again saw her aunt, she did, nevertheless, hear plenty about her, particularly after she died. She heard how badly she had suffered in her life. She was kind of the bad luck kid in the family.

The report also was that she married wrong, later in life, to a man who didn’t treat her at all well, although it was never claimed that he beat her.

What I heard said most frequently was a bit puzzling to me, and it was this: Her husband John would not give her money for cigarettes, or go and get them for her when she was too ill to go herself. That supposedly objectionable behavior, plus the fellow’s problem with drink, made him totally unacceptable to the relatives. I heard this said over and over. Phil, by this time, was suffering from advanced heart disease brought on, it was thought, by a bout of scarlet fever as a child. She was also said to have become pregnant about this time. Indeed, she died during pregnancy.

It occurred to me as I listened to the various stories, and there were many, that Philomena might well have been a heck of a lot better off, from a medical point of view at least if her husband didn’t go and get her cigarettes, no matter his motivation.

After all, the woman was pregnant, 44 years old, and suffering from advanced heart disease, which ultimately killed her. It would surely strike anyone, as maybe it did her spouse, that she didn’t need cigarettes. But to my ex- wife’s Irish relatives, the cruel husband, John, surely should have gone for those fags. And the opinion was near-unanimous.

What became of John, except that he was probably someplace in England if he is still alive, nobody seems to know. But Philomena was in England and with John when she died. Several cousins were sure he drank himself to death. John, by the way, wasn’t English. He, too, was Irish or is Irish, if he is still around.

Some days when the comparisons between my ex-wife’s looks and those of her Aunt Philomena were especially plentiful, Mary would tell me, in the evening when we were alone, how she grew up viewing her aunt as a virtual saint, as did everybody else in the family. But this last time in Ireland, there developed a hitch of sorts.

It seems the flat, stick-like figure of Philomena (my wife’s words) began to fill out. One of the cousins, only by chance, said something that made Philomena appear more human, less without faults. The cousin told us she lived briefly with Philomena in England. When it came time to go to bed, Philomena carried with her a large jug of whiskey.

“It was hardly the size of a jug for a lady,” the cousin offered, with a wry smile, a smile that said she knew more of Philomena’s drinking patterns than she had ever let on before. The truth quickly came out that Philomena was as much an alcoholic as her husband John was.

To Mary, this revelation hit like a bombshell. Nobody had ever once even so much as hinted to her that Philomena was a big drinker. Mary then had to know more. She pushed this cousin for all the information she would give, and there was a lot. Mary learned Philomena had met her husband John in a pub in London, and they got drunk together with some frequency. These facts didn’t just stun my ex; they annoyed her because not even her own mother had ever mentioned any problems with alcohol. And Phil was spoken of often in the family.

Mary suddenly realized that there was a third requirement for assuming a position of sainthood in an Irish home, one that might never be spoken of aloud. A hard life with lots of medical problems was the first, followed by an early death that included a lot of suffering.

And then there was this third unacknowledged requirement: One must have a problem with the drink.

Can COVID-19 be tragically beautiful? 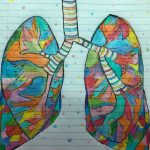 A physician mother embraces the power of "and" during the pandemic