The U.S. response to coronavirus reminds me of recent disasters when official facts were at odds with the reality I encountered.

Governments have a long history of lying to their people about the risks of illness, either as a way to minimize political damage or to drum up hatred for “the other.” China was accused of covering up the true breadth of the SARS epidemic in 2003, perhaps for months, leading to a larger global spread than otherwise would have happened. With the coronavirus, the Chinese government was more open, but still kept the World Health Organization (WHO) and other experts off their soil until recently.

Overnight, the number of recognized cases jumped by 15,000, largely because the WHO recognizes clinically diagnosed cases that the Chinese government refused to acknowledge.

In 2010, a massive earthquake struck Haiti. One public health official put the number of deaths at 250,000, and the figure stuck, despite no evidence to support it. International non-governmental organizations and the Haitian government all benefited financially from exaggerated figures, and the media reported the numbers with little scrutiny. Subsequent studies demonstrated deaths in the 45,000-80,000 range, still a massive tragedy but of a different order of magnitude.

In 2016, Hurricane Matthew devastated the south of Haiti, and, in that case, the government benefited from a reported death toll below the accurate number. Officials didn’t want to be blamed for lack of preparedness or incompetence in the response, so reported a death only when they had identified a body. An unidentified body didn’t count, and a missing person whose body had not been recovered didn’t count. Based on local numbers, Reuters reported over 1,000 deaths at a time when the official count was only 336. I personally counted 1,500 deaths from interviews with town leaders in the south.

Hurricane Dorian hitting the Bahamas last year produced much the same story. I interviewed several people who personally saw dozens of bodies. The government didn’t want a spotlight on the poor living conditions of Haitian immigrants in the two hardest-hit islands. Undocumented immigrants are unlikely to report those missing to avoid the risk of people being deported from shelters. Single men working in the country illegally who were washed away in the storm had nobody to report them missing. Two months after the storm, the Royal Bahamian Police confirmed a death toll of only 67, an absurdly low number.

I witnessed the government of Rwanda fabricate health care statistics, from maternal and neonatal mortality to number covered by national health insurance. Rwanda may have become a victim of its own success, reaching the ceiling of what can reasonably be achieved so quickly that playing with numbers became the only way to report ongoing progress to donors. The same can likely be said for the Cuban government.

And as of today, North Korea and Russia have not acknowledged a single case of coronavirus despite the fact that all of China’s other neighbors report thousands.

Examples of this kind of obfuscation in the U.S. abound, from President Bush’s weak response to Hurricane Katrina in 2005 to President Obama’s sluggish reaction to the 2014 Ebola epidemic to Congress’ failure to allocate more money to combat Zika in Puerto Rico and Florida in 2016. More recently, President Trump has proposed slashing the budgets for the NIH, CDC, and USAID, the organization that offers aid to other countries.

This kind of insular thinking isolates the U.S., minimizes cooperation, and will undoubtedly lead to more deaths in other countries as Americans do less for people outside their borders. Gutting budgets for CDC and NIH is similarly shortsighted and, while it may not impact our response to the coronavirus, reduced funding will degrade our ability to respond to future epidemics. Allocating resources only in an emergency, as we did last week with an $8.3 billion package, is always more expensive and less effective than long-term planning and maintenance of public health infrastructure.

The severe lack of testing in the U.S. is, at best, bureaucratic incompetence and, at worst, greed in the form of the health care industry profiteering in an emergency. It most likely reflects a political desire to keep the number of cases artificially low, so people continue to travel and spend for the benefit of the economy.

My best estimate is that the U.S. has a few thousand cases — mostly undiagnosed — at this point. In two weeks, when testing is fully rolled out, I expect the number will top 10,000 combined across nearly every state in the union.

We are staring down the barrel of an epidemic with a 1 percent mortality rate and a 15-20 percent hospitalization rate, with 5-10 percent requiring intensive care and mechanical ventilation, numbers similar to the situations in northern Italy and China, where long-term quarantines have been put in place. Capacity for patient care could be overwhelmed in the U.S. requiring tent hospitals in parking lots, ICUs in emergency rooms, and cities on lockdown to prevent further spread.

Don’t believe the federal numbers at present and rely on your local health authorities for direction. Events should be canceled, travel minimized, and work done from home whenever possible. COVID-19 is coming to a town near you.

If you’re scared, you’re right to be, but don’t listen to the political spin of either side. Do what you can to minimize your risk. Be prepared, wash your hands, and sanitize your phone regularly. Don’t touch your face when out in public. Use this as an incentive to quit smoking or lose weight.

Most importantly, try to spread as much love and compassion as possible.

This patient is more than just a street person 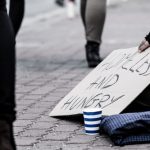 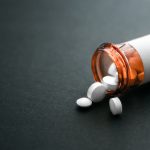 COVID-19: Don’t listen to the political spin of either side
4 comments