It was my first week of internal medicine rotation. A newly-minted third-year, I was rotating on the wards back in the spring, when I met a 90-something-year-old gentleman. He had come in for confusion after a fall.

There were no relatives or friends in the waiting room.

I was assigned to follow him. During his stay, his words were few; it was often difficult to engage him in conversation. Whenever I pre-rounded, he would occasionally give a thin smile, but usually would remain quiet. Even on rounding with the whole team, he would keep to himself — eyebrows furrowed, I wondered if we could spend more time with him, but the attending said we had a long list of patients to round on, so we kept on going.

After lunch, I would return to his bedside a few times to check in on him; he eventually opened up a bit, telling me he did not have any family in the area (his closest relative was a nephew several states away), and his wife had passed away many years ago. There was a mix of sadness and fatigue in his eyes. I went back to my intern and resident — perhaps it was time to bring someone else onto the team.

I dialed the number.

“Hi,” I gingerly spoke into the phone. “Is this the office of the chaplain?”

“Yes,” the other line responded, “How may we help you?”

After explaining who I was, the patient, and the situation, I felt a sense of hope — they would send a chaplain to our patient that afternoon.

It was my first-ever consult, and it was to the chaplain.

Through a preclinical elective at school on spirituality in health care, I had learned about the value of hospital chaplains. As a source of emotional support, they enhance patient-centered care. They also are trained specifically for providing spiritual care that is sensitive to the beliefs and values of each individual person.

On the wards, I was finally able to see their impact play out. The next day, I awoke to a beautiful note from the chaplain, saying they had a lovely conversation about his life, his old job, his faith, his wife. The note highlighted some of his fears and worries (such as leaving the hospital, not being able to drive anymore, not being able to return to his house), and reaffirmed his belief in life after death. The chaplain said she would follow up one more time before his discharge.

Overjoyed at the note, I pre-rounded on my patient. I knocked on the door, bid good morning, and found him sitting upright in a chair, looking out the window. He greeted me with a nod.

After the brief physical exam and checking his heart and lungs to update the team, I sat down across from him and asked him about yesterday.

“How was the chaplain’s visit?” I asked.

He shared how they talked about his faith and past memories of his wife. I was so glad to hear his words confirmed what the note told me. Later, when he was discharged, I bid goodbye, and he gave me a firm handshake and a smile. I saw how his spirits were lifted, and his fear about leaving the hospital had diminished.

This is the value of a chaplain. This is a way to advocate for your patients; sometimes, all it takes is a phone call or a few extra minutes to sit across from them and ask them how their day went.

Chaplains can help patients explore hope amidst pain, meaning amidst distress, or ways to navigate their illness. Your patients do not have to be at the end of life for you to call the chaplain; if you believe your patient would benefit, a chaplain referral can occur at any time of the hospital stay.

Your patient also does not have to be religious; chaplains offer support in many ways, not just spiritually. They can cultivate space for the person to reflect, ask questions, cry, vent, or be still. Chaplains can also spend an extended time with patients when we may be pressed for time.

Sometimes medicine means sitting down and listening. It can mean you don’t do anything but stand there. Take a seat, sit, and turn your ears to their voice. I hope you will find your patients’ spirits to be lifted.

Anna Delamerced is a medical student. 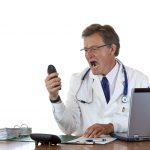 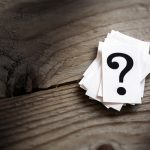