Every winter, flu season descends upon the hospital. The most consistent reaction among any of our physicians — trainee and attending alike — who succumb to this nasty virus is one of guilt. Even the thought of “calling out sick” leads to such extreme guilt that many colleagues choose to come to work sick instead.

Several trainees have admitted to suffering from flu-like symptoms but pushing themselves to come to the hospital anyways, expressing guilt and fear about the possibility of calling out sick.

As the vice-chair of our inpatient practice, colleagues often ask my opinion on whether they should come into round while sick and report similar guilt and fear about having to call out even while severely ill. These experiences are a sober glimpse into the extreme, unfounded, and likely dangerous guilt that we as physicians feel about the concept of calling out sick and the importance of doing something to change the ridiculous and outdated concept that “doctors can’t (or shouldn’t) get sick.”

There are multiple possible negative consequences of working while ill (“sick presenteeism”). Health care workers, including physicians, often serve as vectors of infectious diseases such as respiratory infections (including influenza) and diarrheal illnesses. This can lead to poor outcomes for both colleagues and patients. Additionally, sick presenteeism has been associated with increased burnout and reduced job satisfaction, which may be particularly devastating for physicians who already have higher rates of burnout than the general population.

Despite this, multiple studies demonstrate high rates of physician sick presenteeism. In one survey, 63% of physicians reported working during an influenza-like illness (fever and cough or sore throat). In another, up to 80% of physicians reported working during an illness for which they would have sick-listed their own patients. In a survey of resident physicians, 51% reported working at least once with flu-like symptoms over the past year, despite 9% reporting that they likely transmitted an illness to a patient and 21% believing that a sick colleague transmitted illness to a patient. In a similar resident survey, sick presenteeism rates ranged from 51.3% to 72.3%.

Why do physicians engage in behavior that they know may be harmful to their patients and colleagues?

In most cases, the answer seems to be a significant degree of guilt.

Physicians experience guilt related to the theoretical consequences that absenteeism may have on colleagues (excess work burden placed on colleagues needed for sick coverage) as well as patients (loss of continuity of care and worry of “letting patients down”). Other studies have identified multiple self-reported factors contributing to sick presenteeism including insufficient staffing to accommodate absenteeism, fear of ostracism by colleagues, a feeling of “irreplaceability” (especially for senior physicians with specific competencies working in multidisciplinary teams), self-perceived strong work ethic and a strong need to keep working to “contribute to society,” strong medical culture norms to come to work unless remarkably ill (along with ambiguity about what “too sick to work” means), and even positive feedback from colleagues and managers for working while sick (along with “extensive storytelling” about “extreme cases of illness absence” described in “very positive and heroic terms”).

For the sake of our patients, our colleagues, and ourselves, we believe that interventions to reduce sick presenteeism amongst physicians and medical trainees are essential.

Early interventions at the medical school and residency training level aimed at teaching and model good behaviors will provide a solid foundation for trainees.

Key education faculty could be identified as champions of “culture change” and given a mission of promoting interventions such as visibly encouraging sick trainees and colleagues to go/stay home and calling out the use of heroic storytelling as potentially dangerous and unhelpful.

Physician educators should model practices of good self-care, not only by avoiding sick presenteeism but by discussing the importance of overall good self-care with trainees and ensuring absence policies are in place so that trainees are able to attend medical appointments without fear of negative consequences in evaluations and grading.

At the faculty level, additional training is necessary for department leadership and administrators, including the consequences of sickness presenteeism and the importance of developing policies that will reduce it.

We encourage leaders to work to create a culture supportive of physician well-being with an emphasis on staying home if sick, encouraging colleagues to do the same, and providing clear policies and procedures for illness including flexible absence policies and well-defined plans for backup coverage if needed.

Additionally, we encourage departments to develop standardized policies for routine as well as urgent medical appointment coverage, emphasizing that good self-care starts with prevention and attention to health care maintenance. We believe that a culture of wellness that discourages guilt related to sick presenteeism has the potential to improve physician mental and physical health, reduce risk to colleagues and patients, and improve workplace well-being overall. 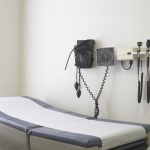