What if I told you just a few years ago that Amazon — a budding e-commerce startup — would come to disrupt the multi-billion dollar retail industry.

I seriously doubt that anyone could have given it a serious thought. At least not in the magnitude that will force a slew of big-box retailers to shut their doors for good.

I am sure the same response would have been elicited about Uber and the livery cab companies. But today, century-old institutions that have survived cycles of harsh economic downturns are now crumbling under the weight of disruptive technologies that drastically changes the way we do things. All of a sudden, these companies wake up to find their business model outdated and totally unable to compete.

Welcome to the age of machine learning: artificial intelligence (AI).

Except for the steam engine, electricity, and modern computing, no other scientific revolution comes anywhere close to what is on the horizon with AI.

Today, the major powers of the world led by the U.S. and China are now locked in mortal combat to decide who will come ahead in AI. Like most tech innovations, America led the way, but the Chinese embraced it and are sprinting fast to lead the park in 2030, according to Chinese President Xi.

China has a huge advantage of size and so is able to mine a huge reservoir of data in a way unavailable to the competition. In the age of AI, data has been described as the new oil and China the new Saudi Arabia. As we speak, China is building a city the size of Chicago to try out and perfect the concept of driverless cars.

The adoption of these tech innovations has been mixed.

The proponents are upbeat and giddying up about the vast array of new possibilities ranging from driverless vehicles to diagnosis of potentially fatal medical conditions years in advance before they show up — thus opening the door for early treatment and cure.

That said, there is a real fear of the inherent vulnerability of AI-enabled automation taking over jobs in every sector of the economy. Thankfully, as doctors, we are still years away from hiring machines in place of physicians.

Or so it seems.

For now, the relationship tends to be complementary to our advantage.

Dr. David Agus, a professor of medicine and one of the leading voices of technology in medicine, stated that AI would help make a good doctor great. What is not in doubt is that to stay relevant in the practice of medicine, one has not just to accept what is coming but must have to buy fully into it. I remember working years ago with a bunch of physicians of the good old boys club. These folks lived through the ages of paper charting and pushed back real hard when required to adopt the EMR. Now, no more of such luxury. The new mantra for doctors has moved on to adapt or perish.

AI opens up a whole new frontier in medicine. In a TEDx lecture delivered in Boston some time ago, Suchi Saria and her team at Johns Hopkins were able to demonstrate how AI-enabled algorithms helped them develop means of early detection of sepsis. They called it “Targeted Real-time Early Warning Score (TREWS).”

As a critical care doc in the frontline of the fight against sepsis, this is one innovation close to home. For a condition with a higher mortality rate than the combined effect of breast and prostate cancer, this will definitely be a game-changer. Should it gain widespread acceptance and adopted universally, the effect will be nothing short of revolutionary in the treatment of this fatal condition.

In 2014, when a famous MIT AI professor, Regina Barzilay, got diagnosed with breast cancer, the foremost question in her mind was if the diagnoses could have been made earlier. She was shocked to learn that even in a premier health institution like MGH, the simple technology that could answer such questions had not penetrated clinical medicine. She then partnered with her doctors and accessed a lot of mammograms and medical records for analysis. The plan was to build a system that can predict who will develop breast cancer over time, utilizing machine learning. Such information is vital and will help clinicians in making treatment recommendations.

Google researchers also developed an algorithm that analyzes eye scans as a method of predicting heart disease. They utilized images captured by retinal scanning that can give away a person’s age, sex, smoking history, blood pressure, and blood sugar.

Many have predicted a seismic shift in the way medicine is being practiced currently. The magnitude is promised to even rival the impact of the industrial revolution to modern living.

Lately, I have found myself trying to figure out the concept of the distributed ledger and learning about a mysterious figure named Satoshi Nakamoto. The reason has nothing to do with holding a position in the cryptocurrency world but about the new reality that my ability to practice medicine may soon depend on those.

I am trying to envision the future, like the health startups experimenting on the application of blockchain technology. For in the end cautioned Charles Darwin: “It’s not the strongest of the species that survive, nor the most intelligent, but the most responsive to change.” 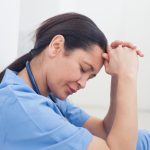 The primary care solution is obvious, but don’t expect policymakers to jump on board 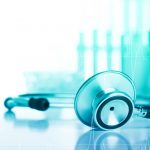