I’ve just discharged a kid with a cough, and there are no patients waiting to be seen. “I’ll be back,” I tell the nurse, as I slip away to the hospital kitchen and unlock the door. I steal two frozen grilled cheese sandwiches from the freezer and throw them into the microwave. Minutes later, I’m in the call room.

I take a couple of bites and can already feel acid rising into my chest. A week earlier, over an expensive meal in downtown Toronto, a gastroenterologist explained the five “red flags” of heartburn. With a shameless grin, he cited a study that showed the benefits of the drug he’d been paid to tout. Two years later, in 2005, Canada’s Research-Based Pharmaceutical Companies (Rx&D) would put an end to these so-called “drug dinners.”

I pick up the phone and dial the number I’d scribbled hours earlier. After several minutes on hold, I’m talking to the neurosurgeon two hours away. “Hey,” I say. “I spoke to you around one. Just wanted to follow up and see how the patient fared.”

“Thanks for calling back,” he says. “We bought the story hook, line and sinker, just like you did.”

Five hours earlier, I’m in the ER, when an ambulance arrives with a sick patient. “Fifty-six year old,” a paramedic tells me. “Working at a construction site, bent over and felt a sudden sharp pain in his back and fell to the ground.”

He’s writhing in agony. He’s porcelain-pale, and there are beads of sweat on his forehead. The pain, he tells me, is in his lower back — more to the right than the left. He was lifting cinder-blocks and loading them onto a truck. He bent over, like he’d been doing all morning and felt it — like a knife into his spine.

He’d had back pain before, on and off, but the pain had never been this severe. He fell to the ground immediately. It’s the worst pain he’s ever had, he says, as I order an analgesic. Other than back pain, he has high blood pressure for which he takes medication — but no other medical problems.

The paramedic recites his vitals as we move him onto a stretcher. He has no fever, his pulse is high, 120, and his blood pressure is at the low end of normal, 100/60.

He looks awful. I go over the basics — airway (he’s speaking well), breathing (his lung sounds are clear, and his blood oxygen saturation is 97%), circulation (blood pressure a little low, so I order IV fluids).

I start from his head and move down: Just a few scrapes on his face, from falling onto the dirt. His neck is non-tender, and he turns his head easily while speaking. His heart sounds are strong, with no murmurs, and no irregularity. There’s no tenderness around his rib cage, but when I move to his abdomen, he screams and jerks away in pain: “My back!”

We turn him onto his side, and the nurse cuts off his shirt. I palpate his bare spine, starting at the top, moving down quickly, and then slowing as I reach his lower spine. “There!” he says. “Right there.”

I’m just a few inches above his waist. I push harder at the midpoint of his lumbar spine — L3.

I speak loudly over his moans. “Did you feel a pop when you bent over? Have you ever had a herniated disc?”

He’s in too much pain to answer. He’s panting. I ask the nurse to push morphine through the line, and then bolus a liter of saline. I continue with my exam. I palpate his hips. No pain. Through his jeans, I push around his groin. “Any pain here?” I ask. “Any pain in your testicles?”

I put one hand on his left thigh and one hand under his knee. “Bend,” I say. He doesn’t. I lift his heavy leg and flex his knee to 90 degrees. I’ve done this exam hundreds of times, but it’s never been this hard — it’s as if he’s not helping at all.

“Bend your knee, sir.” I struggle to rotate his hips — internally, then externally. “Any pain when I do this?”

When I lower his leg, it’s like I’m dropping a dumbbell that’s too heavy. I let the leg go just inches from the stretcher. It falls and bounces — dead weight. The paramedic looks at me.

“Strange,” I say. I pull off his steel-toed boots and ask him to wiggle his foot. He can’t. I ask him to move the right leg – first at the knee, then at the ankle.

I lower my voice. “Can we roll him again?”

Seconds later, the paramedic and nurse have rolled him onto his side. “Can you loosen his belt?” Standing behind him, I yell to my patient: “I have to put a finger in your bum!”

I yank down his pants and slide my double-gloved index finger into his butt. The hole is unnaturally wide, and loose. If he were a woman, I would have questioned whether or not I’d found the right orifice. “Squeeze around my finger,” I say.

“My finger is in your butt! Can you squeeze the muscles tightly around my finger?”

He’s trying, he says, but nothing happens. I roll him onto his back. “He can’t move his legs, and he has no rectal tone. I need to transfer him ASAP.”

The nurse guesses what I’m thinking: cauda equina syndrome. I’ve read about it, studied it, I’ve been warned about it, but I’ve never seen it. This guy is textbook: Somehow, the lower end of his spinal cord has been injured. The injury to the cord has resulted in two “red flag” signs associated with back pain: lower limb paralysis and loss of rectal tone.

I order blood work and an X-ray, and start making calls. The patient needs a neurosurgeon, and the closest one is two hours away. Minutes later, I’m speaking to a specialist at University Hospital. “Vitals stable for transfer?” he asks.

“OK,” he says, agreeing with my diagnosis. “Send him as soon as you can; we’ll be waiting.”

The X-ray is normal, but that doesn’t debunk my theory. The X-ray won’t show any disc injuries.

He’ll need an MRI before the neurosurgeons take him to the operating room, and that will show the degree of compression on my patient’s spinal cord. Two IV lines are placed, one in each arm, and saline is infused. Painkillers are ordered for the ambulance ride down, and they’re off, with lights and sirens.

The neurosurgeon tells me what happened: “The patient’s pressure dipped slightly en route, but he responded well to the IV fluids. I examined him right when the ambulance arrived,” he says. “No sensation in the lower limbs, as you said, and no rectal tone. We sent him straight to MRI, expecting to see a herniated disc.”

“His spine wasn’t injured,” he said.

It made no sense. Sudden back pain, acute paralysis of the lower limbs, and no rectal tone. It had to be his spine. “What was it then?”

“He had a ruptured abdominal aneurysm. It was bleeding, and the blood caused mass-effect on the spinal cord.”

“Vascular surgery took him straight to the operating room,” he said. “I heard it was a tough case, but I think he survived.”

The loss of rectal tone was more than a red flag. A red flag is a sign of danger. In medicine, there are dozens of red flags for dozens of symptoms – abdominal pain, eye pain, back pain, dizziness, headaches. There are so many red flags that almost any symptom can be a sign of danger for a particular diagnosis.

My patient’s loss of rectal tone was more than a red flag. It appeared suddenly like a black butterfly — an insect that’s commonly associated with impending doom or death. Over the years, I’ve seen many patients like this — ones who present suddenly with a symptom or sign that heralds severe, catastrophic illness: the young woman with sudden numbness in both her legs (fatal blood clot in her aorta); the healthy middle-aged man with new, continuous right-sided seizures (newly diagnosed bleeding brain tumor); the 80-year-old with sudden, excruciating, uncontrollable abdominal pain (fatal ischemic bowel).

Years later, I’d find that my patient did indeed survive. He came back to the hospital with a fever and was found to have an infected pressure ulcer on his backside — a result of his paraplegia caused by the ruptured aneurysm. 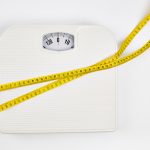 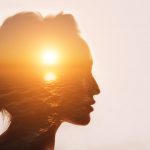