My next patient was a healthy man in his early 20s following up for eczema.  His case had not been severe, so I had anticipated that the prescription strength steroid cream I had given him would have addressed his symptoms faster than I had promised.  His chief complaint had been itch—a symptom—something that he was experiencing.  He hadn’t even noticed the rash.  It was what one would call “bread and butter” dermatology—or something easy.

“So, are you better?” I asked after entering the room and greeting him.  I had expected him to just say “yes.”  Instead, there was a pregnant pause.  He sat on the examination table eerily still.  He avoided eye contact with me.  He looked down.  “I don’t know,” he responded, now looking me in the eyes.  “Am I?”

I was startled.  This is an age in which people seek out experts to challenge their expertise.  I was accustomed to patients sharing their “experience” even if it wasn’t constructive or therapeutic.  I was not accustomed to patients asking me to tell them what their experience was—which is their responsibility.  The social awkwardness made the outcome harder to evaluate.  If someone cannot assess his own experience, would I be able to trust the information he provided me to evaluate his problems?  This wasn’t a newborn, an intubated patient, or someone with a stroke?

In a recent article I came across on the state of health of millennials, I was introduced to a term that put to words a phenomenon I’ve been noticing recently in a number of people I come across in practice.   The term is alexithymia.  It’s not a diagnosis but more of a state.  Alexithymia is emotional blindness.  It’s when a person cannot read emotions- neither their own or other people’s.  Alexithymia is more common in people who suffer from autism but is not limited to that population.  Its increase in the general population is thought to be the result of people not playing together as children and as adults just socializing with their phones.

Although Dr. Watson looms in the background with the ostensible promise of better health care with artificial intelligence, a physician’s job is still social.  It has traditionally been the belief that doctors had worse social skills than others.  They had spent much of their youth studying—not socializing.  With technology as the “middle man” in many people’s social and professional lives,  perhaps, now it is the doctor who has better social skills than most.  But the doctor suffers for this.

Social interactions are supposed to be reciprocal—especially as the trend is to think of health care as a “team” activity.  When social anxiety, mood disorders, personality disorders, and even emotional blindness is the new normal doctors must carry more responsibility for the team.  It is more challenging to complete a patient encounter, even for what seems like a relatively easy medical problem, with someone who is emotionally labile or disengaged.  To add insult to injury, as the doctors still have to land the plane safely despite the turbulence of social the awkwardness they must maneuver through, they are increasingly expected to attend to feedback from a population that has impairments with respect to evaluation. Who wouldn’t feel burned out?

I love what I do, yet I sometimes find myself unexpectedly exhausted when I come out of an exam room.  It wasn’t that the medical problems were complex. It’s not that I am not physically and mentally vital. It’s usually when I find myself clicking “fair,” or even “poor” historian in my EMR as I document the patient encounter—and I find I must do this more.  I am caught off guard with the many social signals that people in my examination room miss, such as, “I’ll see you in two weeks then. Bye now!”  Several minutes later, a staff member might come tell me that the patient in room three is waiting for me.  I return to find the same patient sitting in the room, still in the gown, wondering if we were done.  This rarely happened 20 years ago.  Many of my patients were even poorer, sicker, and less educated then.

When I think of the general population as increasingly suffering from perceptual and communication disabilities, making even routine health care more complex, it seems odd that one would look to solve problems in health care by burdening doctors with extraneous tasks and issues.  It seems strange that one would consider less supervision of midlevel professionals with less education and training.  What was once an easy medical case increasingly has become a challenging patient encounter.  Is it a surprise that health care costs go up if now Danish light fixtures, gourmet food, and swag become an expected cost of doing health care because this makes people “happy?”  A colleague who works at a hospital shared that the clinic would not provide her with medical assistants, yet they wanted “productivity.”  Instead, they had hired a newly graduated administrator. Her job was to counsel doctors about patient satisfaction surveys.

Alexithymia in our patients, even when the medical issues they see us for are less severe, makes the patient encounter more taxing.  It is what it is.  And as doctors are also people, people who may be affected by the social environment everyone else experiences–perhaps doctors are suffering from alexithymia, too.  Perhaps part of what we’re calling physician burnout is how doctors, the health care “stakeholders” held most accountable communicate not feeling valued, empowered, or heard.  Perhaps health care is more expensive because we just give people what they want without considering that they may be too sick to tell us what they need.

Dina Strachan is a dermatologist and author of Moxie Mindset: Secrets of Building a Profitable, Independent Physicians Practice in a Competitive Market.  She can be reached at her self-titled site, Dr. Dina Strachan, and on Twitter @drdinamd. 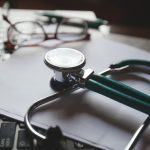 Why this medical student is pursuing a dual MD/JD 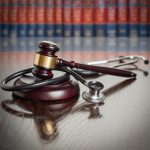