When we think about the technology revolution, we often get excited at the thought of getting what we want instantly. We wait in line for new smartphones. We instant message. We love fast. Getting something done faster, with as good a result, is usually seen as a virtue — unless one is a doctor.

In these times of fast information, we find ourselves bombarded with surveys. Part of the downside of this is that instead of paying attention to our own goals and experiences, we are supposed to notice and report specifics — did the barista said my name — because a third party wants to know. In medicine, we have patient satisfaction surveys and the question, “Did your doctor spend enough time with you?”

Sometimes when we ask a question, rather than an answer, another question is generated. When I hear people comment that their doctor didn’t spend enough time with them, whether they are talking about me, or someone else, I often ask, “What is enough time?”

What I find interesting is that the people who complain that they didn’t get enough time often don’t know how long “enough time” is. When I’ve looked into feedback of people who said they didn’t get enough of my time, I’ve found that I’ve often spent much more time with them than with most of my happy patients — who appreciated my efficiency. How does one address this?

As a habit, I ask patients at the end of our visit if there is “anything else?” If there are other issues, I address them. If they respond “no,” I confirm our follow up plans and say goodbye. I find the people who feel they “didn’t get enough time” sometimes say that “she didn’t answer all my questions.” Usually, these were questions that were never asked. In fact, I’ve even had patients interrupt me as I am explaining their condition, side effects, and treatment plan, to complain that I had not spent “enough time” when I wasn’t even finished. It those situations it seems that it’s the patient who is rushing — yet projecting impatience on to the doctor.   It can come across that the patient had been trained to think that they must try to put the doctor on the defense with this comment — in order to be “empowered.”

What are people really complaining about when they report they didn’t get “enough time?” I think sometimes it is an impatience with themselves.

If one were flying from New York to Los Angeles, and one were told to expect the journey to take 6 hours, would the pilot not have spent “enough time” if she were to land the plane safely at LAX in 5 hours? Instead of landing, should she instead circle the Pacific coast — to give us the 6-hour flight time we were promised?

Interestingly, most people pay lawyers by the hour, and it follows that most would describe a good lawyer as on who gets the desired results quickly. In fact, we accuse lawyers of “churning the case” when they take more time. Doctors, however, are not paid for time. Could this be why some feel they want more of the doctor’s time? Would we want more of a fast doctor’s time if the doctor were, in fact, a robot — or would we be impressed with its speed?

In the course of running my own medical practice, I have participated in a number of entrepreneur training programs. One such program introduced me to the Kolbe self-assessment. A Kolbe measures as person’s “instinctive method of operation” which helps identify how they can be most productive. There are 4 Kolbe types: fact finders (they ask questions), follow-throughs (they complete things), quick starts (they can make decisions quickly), and implementors (they enjoy the process).  We all have all of these action modes, but some are our dominant ones. One’s Kolbe cannot be changed.

My Kolbe results were not surprising. I was a quick start, but with a strong fact finder. On the one hand, these are opposite action modes. On the other, these are two qualities one needs to be a doctor. Medical education and training are the fact finding. Quick start qualities allow me to actually take action on the facts. I am a quick start with strong fact finder qualities — it won’t change. I also understand that the Kolbes of the people I interact with in the would also won’t change. How do we get satisfaction in a world with such diversity? Could it be self-knowledge.

Knowing my own Kolbe was very empowering. It has also helps to know that other people also have Kolbes.  We can’t change. I understand why some patients are thrilled when I can assess and treat them quickly whereas other may perceive the same visit as “not enough time.”

I am a doctor and a patient. I now notice the Kolbes of my own doctors — and how I respond to them. With this perspective, I would advise patients to spend “enough time” with themselves getting to know how they like to receive information and also getting clarity about what they want when seeking the help of a professional such as a doctor. Sometimes we expect doctors to address needs that are simply out of their scope of practice — they will fail no matter how much time they spend with us.   And in these times when many people live alone, work from home, shop online and consider text messaging a relationship, make sure you are getting the human contact you need. No matter how attentive your doctor is, a doctor’s visit should not be your only outlet for human interaction.

Dina D. Strachan is a dermatologist.  She can be reached at Aglow Dermatology. 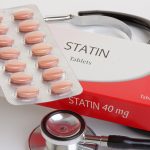 I don’t apologize for being a fast doctor
17 comments