As a young medical student, in my early 20s, I was still too inexperienced to know how a physician was “supposed to” act.

But I took the model of stoicism that I learned from my East Indian father and applied it to the medical model. Lectures on “professional detachment” reinforced this. I remember being told that it was the doctor’s job to keep a professional distance from a patient. By getting too emotionally involved in the care of a patient, we are bound to lose our objectivity.

Excess emotionality will put us on the road to burnout.

At least, this is what I was led to believe.

I remember being a third-year medical student and called to the bedside to see a patient take their last few breaths and then stop. Although I’d known about death and was expecting this, it was another thing actually to see a patient die.

I felt a lot in that moment — sadness, anxiety, shock, confusion.

But on the outside, I’m sure you would have never known. I remained calm. I told myself that this didn’t bother me, that I could handle anything. Dealing with death was just part of being a doctor anyway, and a good doctor stays cool under any circumstances.

I never mentioned it to anyone, kept my cool, and carried on.

This was really my practice for most of my early medical career.

I eventually chose to specialize in emergency medicine. There were many factors, but one of the biggest appeals was that I witnessed ER docs staying composed in what appeared to be the most stressful of situations.

Forget emotionality; I wanted to keep it cool under the most extreme of pressures.

And then it all changed.

In 2016, I went to South Sudan. My second medical mission with the humanitarian organization Medicines Sans Frontiers (MSF or Doctors Without Borders).

I spent four months in an internally displaced persons’ camp that hosted about 125,000 people.

Although we were doing a lot with the resources that we had, the conditions were pretty rough. We witnessed a lot of death. Mostly children.

Almost every day, I’d have to witness a child take its last breath.

Attempt a futile resuscitation. Try and explain what happened to a shocked mother. Witness her scream.

One of the first words I learned was the South Sudanese (Nuer) word for sorry: “Malesh.”

I witnessed this day after day, for months. And initially, I felt … well, nothing.

Had I blocked my ability to feel so much that I couldn’t even feel sadness in the saddest of circumstances?

Was I even capable of feeling anything at all?

One week before I had to leave, I was asked to give a speech in front of the entire national staff.

I stood there in front of about 150 South Sudanese national staff and a few expats.

We were living here in this camp in the middle of nowhere and trying to keep people alive in what was seemingly a hopeless situation. I was going back to my comfortable home. The South Sudanese couldn’t go back to their own.

As I stood in front of the crowd, looking at the smiling faces waiting to hear me speak, I felt my armor crack.

And for the first time in my life, I couldn’t keep myself composed.

As I started to speak, a gush of emotions came pouring out. In front of this crowd, my stoic self stood and bawled uncontrollably. When I tried to speak, the tears worsened. I stood and cried in front of my colleagues for what seemed like an eternity.

For the rest of my time there, I couldn’t keep my emotions in any longer. I cried for my patients. I cried for my coworkers, and I cried for the country. When I went home, I cried some more. It was a good thing. It was something I needed to do.

But since that moment, I’m much more able to access and express emotions when they present themselves. No longer do I keep things in the way I used to.

So now, when a patient dies, well, sometimes I cry. Is that OK?

There are a couple of sides to this debate.

On one side, the stoic physician. My former self. Some consider crying in front of a patient as “unprofessional.” We shouldn’t display any signs of strong emotions. It affects our ability to think rationally. The stoic professional can and should withstand anything.

Others say that it’s not a display of emotion that’s a problem, but the degree. In other words, a little is OK, but too much isn’t. Those people would say that in the end, it’s about the patient, and if the physician was too emotional, it might detract from the family’s ability to grieve.

This should be kept as the ultimate priority.

On the flip side, doctors are merely human beings. Whether or not we display our emotions publically, we certainly feel them. Patients are often comforted, knowing that doctors feel empathy and sadness at a loss. Patients expect their doctors to care but often think they don’t and may find some relief when they see that you do.

A few years ago, a picture of an ER doc, crouching down outside the hospital after a failed resuscitation went viral. It showed the emotional side of medicine; a side people don’t often get to see. It surprises the public to learn how much our work can really affect us.

There’s reasonable rationale on both sides of the coin.

In my own experience, I once thought stoicism was the only way to go, and then, I found that there were some emotions that I couldn’t and shouldn’t keep held in.

Perhaps what it comes down to is what physician you would you want at your bedside?

The cool, rational, detached doctor? Or the warm, empathetic, teary-eyed one?

It isn’t always in your control. Our responses are an intricate pattern of beliefs, experiences, and conditioning. I’m not here to tell you how to feel and how to behave.

But I will say this.

From my experience, I think that the worst thing we can do is suppress sadness when it comes up on our shifts. Keeping things inside or pushing down emotion eats away at us in little ways. It affects our health and wellbeing in ways we don’t fully understand.

So if you have the tools, it’s probably really healthy to acknowledge how you feel at the moment. If you react to those feelings by crying, then that’s a genuine, honest way to process those feelings, and you shouldn’t be ashamed of doing it.

Grieving is a normal reaction to dealing with sadness and loss, and doctors should be given the space to grieve.

It’s OK to cry sometimes. Crying is simply human. And that’s all we are.

Navpreet Sahsi is an emergency physician who blogs at Physician, Heal Thyself. 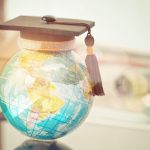 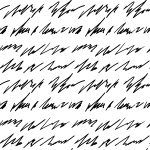 It’s OK to cry when a patient dies
1 comments