When the Human Genome Project began in 1990, bioethicists feared that giving people the results of genetic tests would do them a lot more harm than good.

Experts feared that individuals who received genetic information about their future health status would be overwhelmed by depression or anxiety. Or as genetic testing became more widely available, it would increase the stigmatization of people with genetic variants. Others worried that people would turn into genetic essentialists and determinists, seeing themselves and others as nothing more than their genes, helpless to alter their behavior or shape their future.

Those concerns were overblown. The first major randomized clinical trial on the effect of disclosing genetic information found that people who decided to learn about their genetic risk of developing Alzheimer’s disease did not experience large, negative psychological impacts. The same held true for people who, after a process of informed consent, decided they wanted to receive information about single genes associated with Huntington’s disease and breast and ovarian cancer.

As explored in a collection of essays just published in the Hastings Center Report that we edited, the worst fears of bioethicists and others just didn’t materialize.

The bioethics community wasn’t alone in having misplaced expectations. Geneticists, too, were badly mistaken about what they would uncover as the genetic revolution unfolded. They expected to identify single genes with large impacts on common diseases. After all, just a year before the official start of the Human Genome Project, Francis Collins, who went on to direct the National Human Genome Research Institute and now directs the National Institutes of Health, co-discovered the gene for cystic fibrosis. It did not seem outlandish to hope that common disorders like diabetes, depression, and epilepsy would have genetic architectures as straightforward as that of cystic fibrosis and diseases such as Huntington’s, sickle cell, and Tay-Sachs.

Those hopes were dashed. Today, geneticists know that diseases in which single genes have large effects are the exception, not the rule, and common diseases are the result of myriad genes — each with a small effect — that interact with environmental variables as parts of massively complex systems.

In response, many geneticists have changed their strategies, abandoning studies of single (“candidate”) genes for more complex genome-wide association studies and developing new models called polygenic risk scores that estimate risk based on the contributions of hundreds or thousands of gene variants.

Just as genetic researchers have altered their approach in recognition of the complexity of the genome, those concerned about the impact of genetic test results on patients and consumers may also benefit from a conceptual reboot. There are at least three reasons why it is far too soon to conclude that genetic information has no negative impacts and to abandon efforts to help people deal with it.

First, individuals are not averages. There is evidence that some individuals do experience large negative psychological impacts from receiving genetic information. That appears to be more likely to occur in the prenatal and newborn context, where there are rich descriptions of receiving genetic information can disrupt the experience of pregnancy or early parenthood and create lasting regret. That is surely not the rule, but the impact is real.

Second, smaller-than-predicted negative effects don’t mean no negative effects — we may just have to be more creative in where and how to look for them. An experimental study of people who were tested for the risk of Alzheimer’s disease compared the experience of people who knew they carried a higher-risk variant with people who had the variant but didn’t yet know it. Participants who were told of their increased risk reported more memory problems and performed more poorly on objective measures of memory compared with those who were equally at risk but unaware of their status. Effects such as these, which are far more subtle than those anticipated in the early 1990s, could nonetheless be important to the people who experience them.

Third, when it comes to stigmatized traits such as psychiatric disorders, genetic explanations can reduce the extent to which people are blamed for their conditions, but also undermine patients’ sense of their own agency and decrease optimism about their treatment. Informed that obesity may have a genetic basis, people are likely to see it as less controllable and to eat more. People told they have a genetic variant associated with lower exercise capacity actually had reduced cardiorespiratory performance on an exercise task. Using more subtle measures than merely asking people if they feel depressed or anxious, this newer generation of studies suggests that genetic results can affect people in real ways, even if they are less dramatic than originally predicted.

Just as it didn’t make sense to abandon the study of genomics because the effect sizes of single genes were smaller than predicted and hoped for, it doesn’t make sense to stop studying the impact of genetic information on psychosocial wellbeing because the impacts are different than predicted and feared. In both cases, a change in approach is what was — and is — needed.

This will be especially important as the number of genetic variants tested for at one time grows, introducing new levels of clinical uncertainty about their implications. Geneticists moved from looking for single genes of large effect size to looking for myriad genes that, when added up, constitute a large effect size. Researchers looking at the effects of disclosing genetic information need to make a similar move, away from studying gross measures of depression and anxiety to examining subtle effects on relationships, identity, performance, and future orientation.

All of this suggests the importance of educating patients and consumers about the potential scope and impact of genetic test results, not just for their health but also for their sense of themselves and their behavior. That means providing detailed information before obtaining consent for testing and having skilled personnel — optimally genetic counselors — available to help people understand and deal with the results afterwards. The need for informed decision-making is just as great for individuals who purchase a genetic test kit directly from a testing company as it is for those whose physicians order testing for medical purposes.

No one should be surprised to learn that both genetic mechanisms and their psychosocial impacts are more complex than imagined by geneticists or bioethicists at the dawn of the Human Genome Project. If geneticists can reboot their approaches, so can bioethicists and others concerned with the impact of disclosing genetic data. 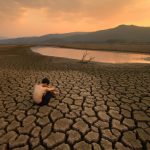 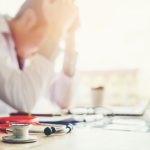 Are the concerns about consumer genetic tests overblown?
1 comments