I actually had no idea what orthopedic surgery was before medical school. In fact, I started medical school thinking I would be an internist, but it really didn’t take me very long to realize how wrong I was. It became progressively clear as we approached clinical rotations as third-year medical students who the “surgical: and “non-surgical” types were, with me clearly falling in the former.

Between the first and second years of medical school, a family friend offered me the opportunity to shadow in his total joint replacement practice. Rather than just spend a day or two with him, I spent a few weeks. During that time, I had the opportunity to see many facets of what it means to be an orthopaedic surgeon. I spent time in the operating room, observing surgeries, but also in the clinic where he would see consultations, pre-ops, and post-ops. Of course, I thought the surgeries were amazing, but what truly blew me away was seeing the before and after.

A man hobbled into clinic for his pre-op visit, barely able to navigate the corridor and get on and off the table due to a severely arthritic hip. I had the good fortune of having the continuity of seeing the same patient in surgery. This hip was filleted open, with my surgeon friend’s forearm halfway in the hip. There was sawing, there was hammering, there was blood: This was major surgery. That alone piqued my interest, but what made me really think hard about orthopaedics as a specialty was the post-op visit. This same man walked into the clinic only a week later – no cane, no limp: a new and confident person. If it were appropriate to have an observing student staring with jaw gaped open, that would have been me. I was amazed at how invasive that surgery seemed, but yet how quickly the patient would walk in unassisted. The drastic change in function got me hooked, and I wanted to be able to do that for someone.

Not only did I see how orthopaedic surgery could restore function in such a short amount of time, but it impressed upon me just how amazing the human body is, with its capacity to heal after a major surgery like this.

My path to orthopaedic surgery was not without challenges. In my mind, I saw what I could see myself doing and loving in medicine, and I never saw my gender as an impediment. But I think to some others’ eyes, they would see a woman that would maybe not find a good husband because she worked too hard, or a woman that wasn’t strong enough because she didn’t look like your typical jock, or a woman that would not be able to either have children or do a good job raising them. All of these things were said to me in earnest — and it simply made me want to prove them wrong. Rather than get discouraged, this fueled me. This is where my stubbornness served me well — I knew what I wanted, and who were they to tell me I couldn’t because I’m a girl.

As I entered my third-year clinical rotations, I was happy to jump right into surgery first. I rotated through general surgery at a hospital in Pittsburgh, and spent time there in plastics, orthopaedics, urology, and neurosurgery as well. I only had one week on orthopaedics, but I really looked forward to it. One of the attending surgeons, who reminded me of a gentle grandpa that would give a little kid a nickel just because she’s cute, handed me a drill a few days in and allowed me to help with plate fixation of a fracture. I was thrilled! Fracture mechanics just made sense to me, and I was hooked. For the rest of my surgical rotation, if I finished early on one of the other services, I would check the OR schedule and ask if I could scrub in with whatever orthopaedics cases were going. I think my genuine interest showed, and the residents and attendings were happy to include me.

I know I was very fortunate to have landed during medical school at a program that didn’t write me off as a female. I know that this is not always the case, which is devastating. I wonder how many women who otherwise would be brilliant orthopaedic surgeons have been turned off when the support wasn’t there. I was lucky and I realize that, and that is one reason why I’ve become a champion of women in surgery, and especially in highly underrepresented specialties like orthopaedics. I’m not at a big-name university, I’m not doing groundbreaking research — but I’m a fellowship-trained surgeon in private practice in a medium city doing what I love. I feel strongly that having a face out there for young women to see, having a career in orthopaedics and a solid family life, is so important. When I began to write and create videos about my personal experiences online, I received so many messages from women across the U.S. and far beyond, thanking me for just being a voice for them. I never imagined I’d be a role model, but it seems to be what I’ve fallen into.

Today, as I move forward in my orthopaedic practice, I continue to learn to improve my clinical skills, but I also involved in local and national initiatives to expose more women to this field that I love. My goal is to dispel myths but also serve as a voice of what the real challenges are in surgical careers. I’ve done a few live surgery broadcasts in my city for high school students called OrthoWatch, and while it’s a really fun thing for me as a surgeon to do, I recently felt the impact of that event at a place I least expected. I was at an American Ninja-style gym, hosting my son’s birthday party, when one of the coaches approached me and asked what I did for work. She said she recognized me from the OrthoWatch she attended, and that it was instrumental in her decision to pursue a career in health care. While I don’t have the opportunity to work with medical students in my practice, participating in community events like this, while also maintaining a presence online is my way to give back. My hope is to show aspiring female surgeons that they too can strive to become a Renaissance woman, and overcome doubt, fear, and challenges to make a difference in their patients’ lives and beyond.

How acknowledging others can keep us from burning out 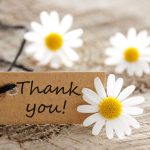 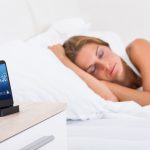