To my knowledge, three people who were under my care killed themselves.

The first was a young man — late 20s, maybe? — who I met while I was a psychiatry intern. He was hospitalized in the psychiatric unit where I had just started my rotation. I did not have the opportunity to get to know him well. Our paths crossed, at most, for two days. He had a diagnosis of schizophrenia. I can conjure up his face in my mind, though I do not remember his name. He didn’t blink much. While his face did not betray fear, he often looked uncomfortable.

I don’t know how many days he had been out of the hospital before he died, though I think it was within a week of his discharge. He jumped off of the Aurora Bridge (before a suicide prevention fence was installed) into Lake Union in Seattle.

The second was a man in his late 40s who had repeated visits to a crisis center. He did well in college and earned a law degree. His career as a lawyer was cut short due to problems with depression and alcohol. From there he became homeless and destitute. He had a diagnosis of major depression. Some professionals thought he had a personality disorder.

He was smart and sarcastic. While he was often critical of everyone around him, there were moments when he was self-effacing. After we had worked together for a few months, he commented that he liked “debating” with me, though I suspected that arguing was the only way he knew how to interact with other people. On the rare occasions when he took a break from his self-loathing, he considered how his life could change. He didn’t drink as much alcohol now as he once had, but it still helped him forget his shame and regret.

When I learned that he had died from an overdose of methadone, I knew immediately that he had intentionally killed himself. He had no history of using opiates, but he knew how, with or without alcohol, they could end his life. Over a month had passed between our last conversation and his suicide. When I learned of his death, I asked him — as if he could hear me — why he didn’t come back to the crisis center. He knew that he could.

I have not forgotten his name. Earlier this week, I saw his name in a newspaper. It wasn’t him, of course; the name belonged to an author who was promoting his book. I hadn’t seen this name elsewhere before. It made me wonder if my patient was saying hello.

This past week, I learned that a third person who was under my care killed himself. He was in his 20s, smart, and funny. When his symptoms were active, he was very ill. In the minutes to hours leading up to his death, was he experiencing a resurgence of his symptoms? Or was he mulling over how his illness could impact his life in the future and decided to impact his life first?

The last time I spoke with him, we talked about how his condition did not define him. His identity wasn’t solely his illness. We talked about the things he wanted to do in the future and how he could accomplish those things.

The person who called me to tell me the news heard my breath catch in my throat.

Death, while uncomplicated in some ways — it’s a permanent cessation of all vital functions, the end of life — our attachments make it complicated in other ways. We have so many questions that will forever go unanswered. We wonder where the dead go. Does a part of them persist outside of our memories? And for those who kill themselves, what happened? What got in the way of them asking for help? What made death the best option? What made them believe that the rest of us could not or would not understand?

The end of a life never just impacts the individual who died. The ripples spread far and wide. We search for words to describe our grief, but language fails us. 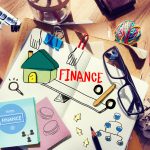 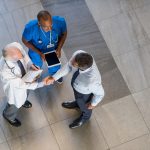